Nat Geo's 'Mission Possible: The Race for a Vaccine,' captures history in the making 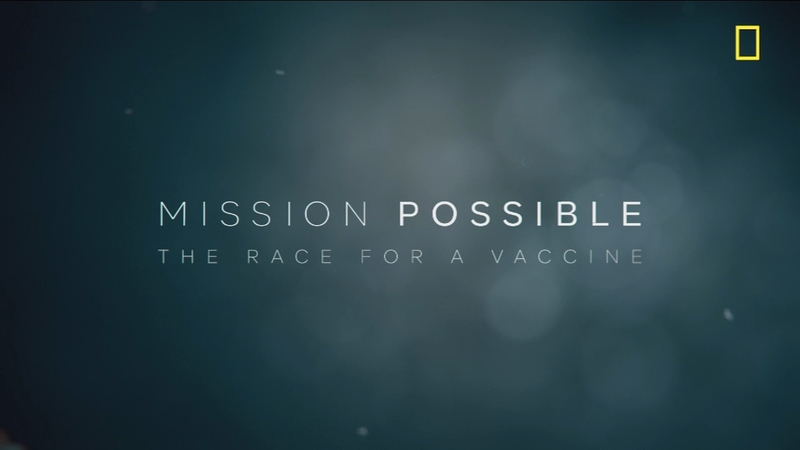 'Mission Possible: The Race for a Vaccine,' shows history in the making

The U.S. government called the development of a COVID-19 vaccine Operation Warp Speed, but for the pharmaceutical industry, it was a unique challenge precisely because it had to be done so quickly.

A new documentary on Nat Geo shows how it was done, and the result -- "Mission Possible: The Race for a Vaccine" -- offers viewers unprecedented access to history in the making.

The pharmaceutical industry is known for being very secretive and competitive, so you may well ask, why are cameras being allowed inside Pfizer labs for months at a time? And why is the CEO of Johnson & Johnson prominently featured in a film paid for by one of his main rivals, Pfizer?

"There are so many things I'd never believe I'd see that I'm seeing today," Pfizer Executive Vice President and Chief Corporate Affairs Officer Sally Susman said.

Her decision to open the company's labs to TV cameras is as unusual as the development of the vaccine itself, says Mike Wiese, the executive in charge for Nat Geo.

"Before we commenced, I questioned what we'd really get access to," he said. "But credit Pfizer. They backed up their need to tell the story."

It truly is a once in a lifetime story about the development of a vaccine in less than a year, when the process normally takes 8 to 12 years.

"You have an open checkbook," Pfizer CEO Albert Bourla tells his scientists. "No questions asked."

But despite his promise, there was no guarantee of success when filming started.

"There were so many nights I couldn't sleep over the idea that we had opened the whole place to this film crew of Nat Geo," Susman said.

Wiese said that even the scientists weren't so sure this could be a "mission possible."

"They were just as uncertain as everyone else, he said. "And they share that, and they see that."

He added that those involved will worked long hours and gave up much time with their families to get this done.

Susman finds a take-away for all of us.

"The singular lesson that I take away from Pfizer's response to the pandemic is take the risk," she said. "If you don't take the risk, you'll never have the reward."

"Mission Possible: The Race for a Vaccine" was created for Pfizer in collaboration with the company, which also funded it.