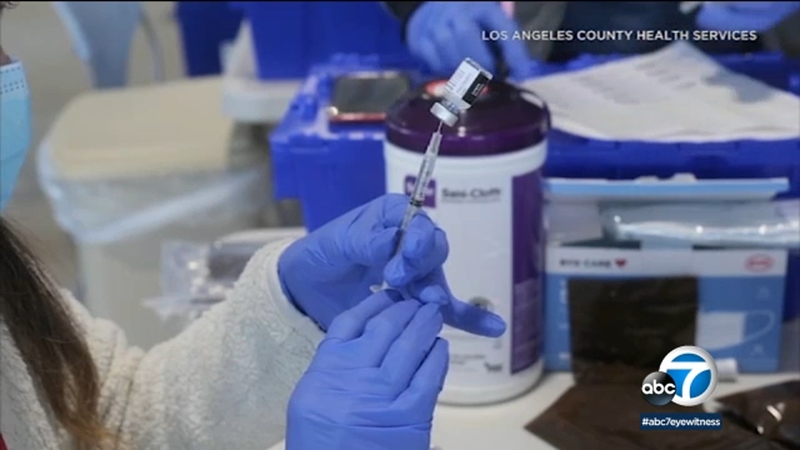 There were long lines of people waiting, sometimes for hours, to receive their COVID-19 vaccine. While 21 million doses have been delivered so far through Operation Warp Speed, it's been slow getting into the arms of Americans.

"We've seen good protection from all the vaccines after one dose at least about 50%. Not as good as two doses but the thought it get the vaccine out to as many people as possible," said Dr. John Brownstein and epidemiologist and ABC News Medical Contributor.

A debate is growing over how and when to roll out more vaccines.

President-elect Joe Biden says he plans on releasing a majority of the vaccine to the public instead of holding back production for a second dose.

"The rollout has been a travesty. This will be the greatest operational challenge we will ever face as a nation."

While more people would have access to the first dose, it risks delaying getting their second one. Based on Pfizer and Moderna clinical trials, patients need to be vaccinated within three or four weeks after their first dose.

"The delays of the second dose are not fully known with an impact on immunity and so we need more clinical data before the U.S. considers this approach. The FDA approved a specific protocol so that is a real change," said Dr. Brownstein.

The World Health Organization is recommending Pfizer's vaccine be staggered to six weeks in exceptional circumstances to inoculate more people. But the U.S. FDA, which gave emergency authorization for the vaccines, is not recommending any change and warned to do so would undermine public trust.

"There is no support among the public health officials or academics or even researchers or the FDA in this country to delay that second dose," said Dr. Paul Offit, member of the FDA Advisory Committee.

In California, close to 600,000 residents have received vaccines, with more than 2 million first and second doses already shipped to local healthcare departments and facilities.

President Elect Biden has signaled he'll invoke the War Production Act to speed up key materials need to make vaccines in order to ramp up production.

How much protection does the COVID-19 vaccine offer?
EMBED More News Videos

In Florida over the weekend, some of the most vulnerable citizens waited for hours to get the shot.