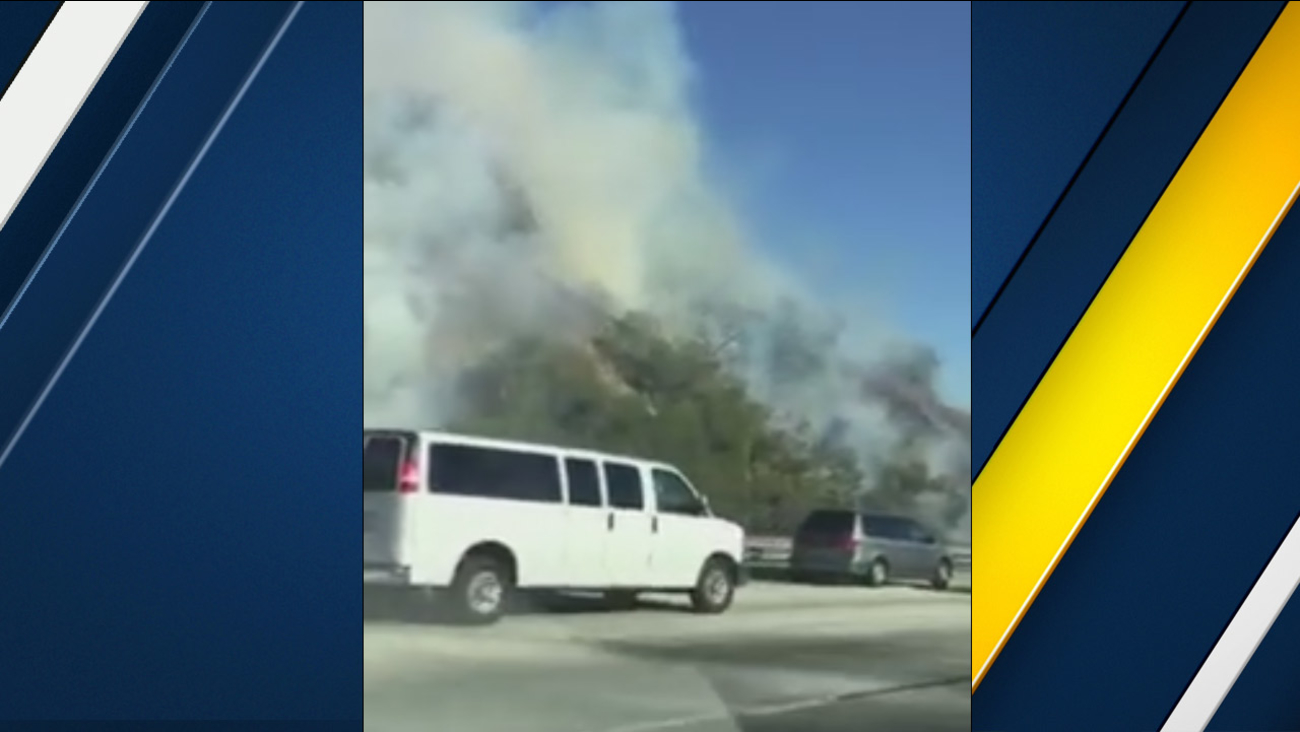 COVINA, Calif. (KABC) -- A small brush fire temporarily shut down the westbound lanes of the 10 Freeway in Covina Saturday afternoon.

Los Angeles County firefighters responded to a 2 to 3-acre brush fire that broke out along the westbound side of the freeway shortly after 1 p.m. near Via Verde. Two lanes were opened by 2:15 p.m., but all others remained closed until further notice, according to the California Highway Patrol.

The blaze reached 100% containment at 2:31 p.m., Los Angeles County fire officials said. No homes were threatened, although one outbuilding was damaged.


Fire officials said the fire was heading toward the backyards of nearby homes. Motorists were advised to use State Route 57 as an alternative route until further notice.