Father killed while confronting burglary suspect remembered: 'It's like losing our own family' 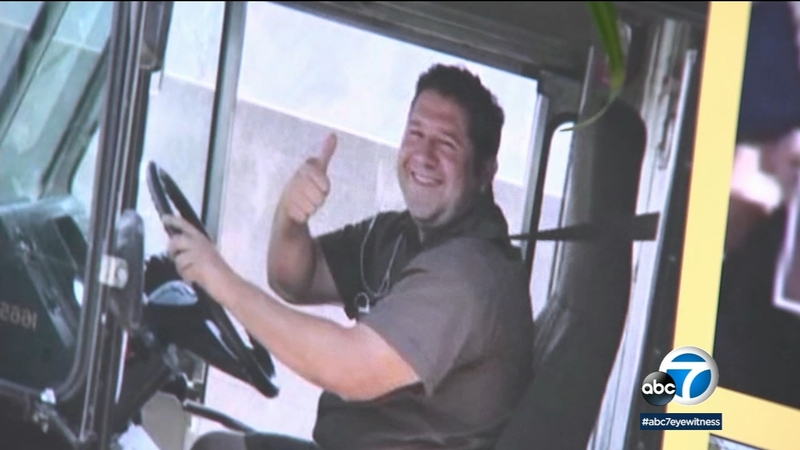 DOWNEY, Calif. (KABC) -- A memorial service was held on Saturday to honor the life of a father of three who was shot and killed days before Christmas while confronting a burglary suspect in Covina.

Inside the Calvary Chapel in Downey, friends and family of Joey Casias gathered for an emotional memorial service to honor his life.

"He was a really good person who was trying to do something helpful for the family and for his neighborhood ... trying to be a good neighbor," said Yvette Correa, a relative of Casias.

According to police, on Dec. 21, two residents spotted a man possibly burglarizing a vehicle in the 1100 block of N. Charter. The suspect ran away but the residents later located him in the 1800 E. Covina Boulevard and confronted him. That's when police say the suspect opened fire, killing Casias before running away.

Those who loved the Casias said he was a man who cared for his neighborhood.

Among those at the service on Saturday were his UPS coworkers, who said Casias was like family to them.

"It's like losing our own family member," said Ryan Rivera.

Casias was a UPS employee of 19 years. His heartbroken family told Eyewitness News he and his family had plans to visit Disneyland and were preparing for the holidays when the shooting happened.

"He was a young kid," said Paul Ochoa, another one of Casias' coworkers. "I remember him loading the trucks in the morning. Then he became a driver. Just a good guy. It doesn't surprise me because that's who Joey was. Always trying to help. Always making sure people were taken care of."

The day after the shooting after an hours-long standoff, the man accused of killing Casias - 34-year-old Trevor Thompson - was taken into custody when officers took him down using non-lethal rounds. As of Saturday, he remains in jail.

As photos and videos, Casias were shared during the service on Saturday, it was evident that he was loved by many. He's being remembered as a man with a big heart - one that was filled with love for his family.

"The way it feels in there right now is the exact same way as he was ... just very loving, very supportive," said Rivera.

Thompson is scheduled to be arraigned on Tuesday, Feb. 15.