On Tuesday, Covina police responded to reports of a stabbing during an attempted robbery around 5 p.m.

The attack was caught on surveillance video and showed the suspect flee in a dark-colored SUV. The video was released to the media and a citizen who saw the videos noticed a car similar to the SUV while they were driving through the city.

Police said the citizen followed the car and called police. Officers then found the vehicle in the 1400 block of W. Bridger Street and contacted the occupants.

The man, who was identified as 54-year-old La Puente resident Frank Ponce Deleon, was taken into custody on unrelated charges. While he was in custody, Covina police detectives obtained information and evidence linking him to the stabbing.

He now faces additional charges of assault with a deadly weapon and attempted robbery. He is being held on $100,000 bail and is scheduled to be arraigned on Thursday.

Anyone with more information is asked to call the Covina Police Department's Detective Bureau at (626) 384-5620. 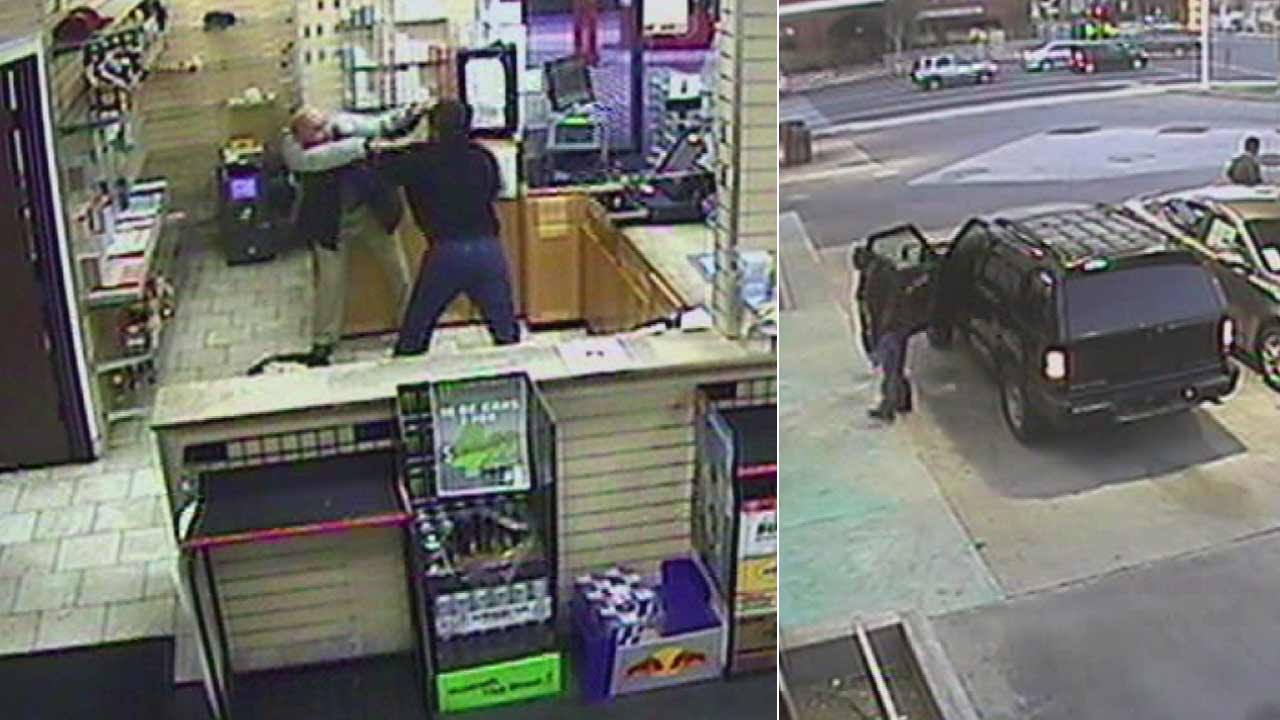