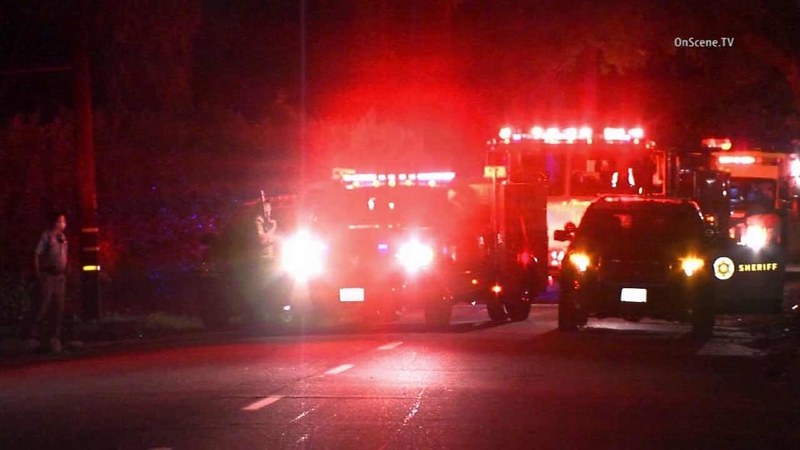 COVINA, Calif. (KABC) -- A man was fatally shot by his 70-year-old father in Covina Hills early Wednesday after breaking into the elderly man's home through a large glass door, sheriff's deputies said.

The victim, a man in his 40s, was pronounced dead at the scene.

Lt. Steve Jauch of the Los Angeles County Sheriff's Department said the elderly man knew the intruder was his live-in son but opened fire because he felt threatened.

"It's going to be our job to pin down why the father felt threatened," Jauch said. "The information we do have, at this point, was that the son had forced his way through a large glass door into the residence, and ultimately the father produced a handgun and shot his son.

Detectives were interviewing the homeowner and his wife at the Walnut Station. It wasn't immediately clear why the man broke into the home where he lived.