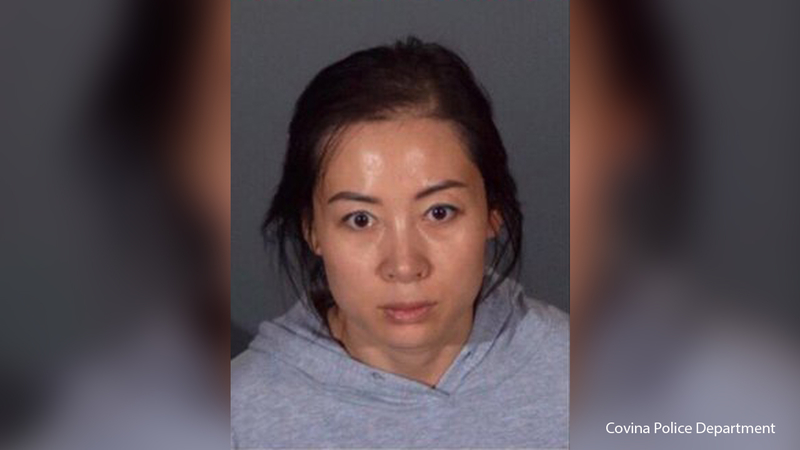 COVINA, Calif. (KABC) -- A Covina woman has been charged with stabbing her own 2-year-old son to death, officials said Wednesday.

Xa Dinh "Michelle" Ngo of Covina faces one count of murder with a special allegation that she used a knife, the Los Angeles County District Attorney's Office said.

An arraignment scheduled for Wednesday was postponed.

Ngo, 39, was arrested Monday in connection with the death of her little boy, several days after a police sergeant found her spattered in blood and partially clothed on the street outside her home.

She is being housed at Los Angeles County Century Regional Detention Facility, with bail requested at $2 million.

A woman was arrested Monday in connection with the death of a child whose body was found inside a Covina home on Friday.

She faces a possible maximum sentence of 26 years to life in state prison.

A patrol sergeant spotted Ngo shortly before 3:30 a.m. Friday in the 300 block of North Second Avenue, the Covina Police Department said. She appeared to be spattered in blood and partially clothed. Police say she was uncooperative in providing information about her identity and residence.

When she allegedly attempted to flee, officers detained her and transported her to a hospital for a psychiatric evaluation.

Police said she "made statements that led officers to believe there might be a potential victim whose whereabouts were not yet known at the time because of her refusal to provide any information."

Police were able to determine her home address and responded to the location, where they discovered a small fire on the second floor of the townhouse. They entered and found the lifeless body of the little boy.

Police investigating a partially clothed woman running down the middle of the street end up making a tragic discovery.