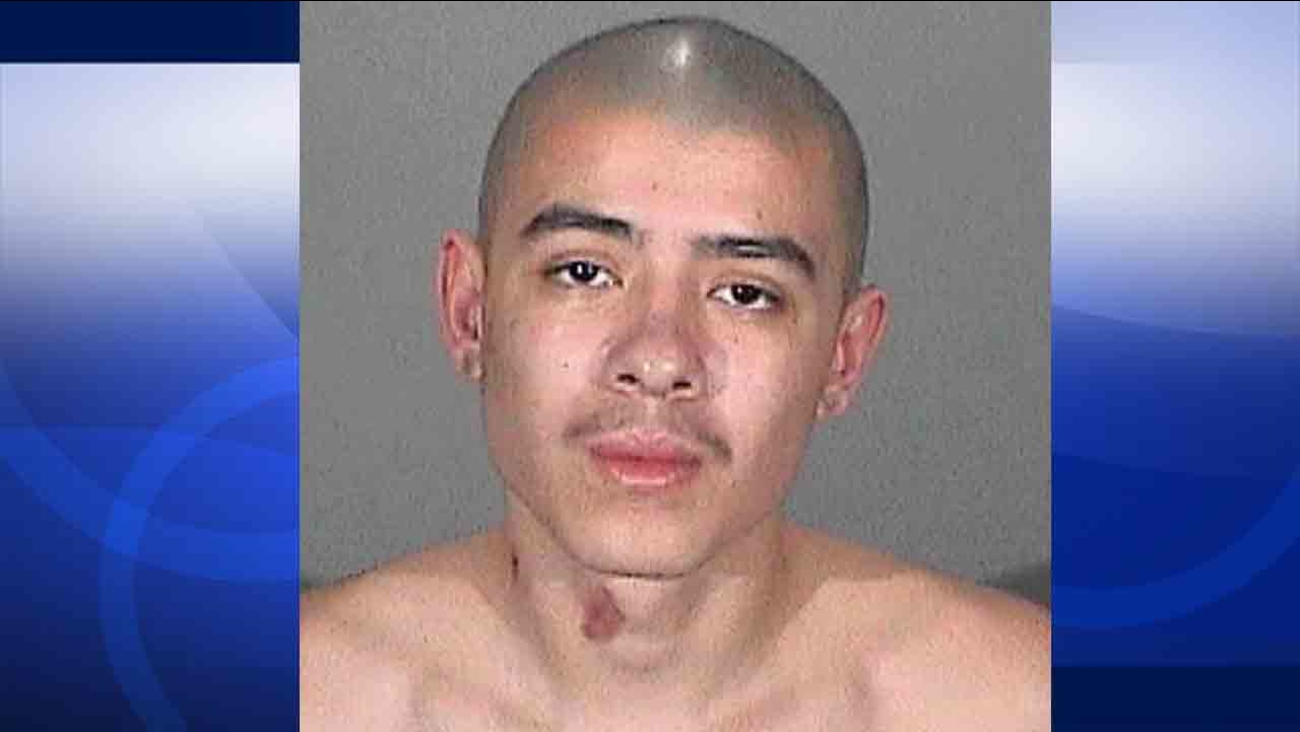 The incident occurred in the 100 block of North Azusa Avenue at about 7:41 p.m.

Police say Louis Vasquez of La Puente stabbed a 27-year-old man on his right shoulder and left knee. The victim was walking through the parking lot toward a business in the shopping center when he was attacked.

A second victim, an 18-year-old male who is employed by a business in the shopping center, was stabbed in the back. He was allegedly collecting shopping carts when he was attacked by Vasquez. Both victims are expected to survive.

"Both victims don't know each other. Both victims were African American, and it just seems that it was an unprovoked attack on both people," said Covina police Sgt. Gregg Peterson.

Witnesses provided police with a description of the suspect and a containment was set up in the 800 block of West Edna Place after residents reported seeing a man running through their backyards.

Vasquez was found in a rear yard of a residence and booked at the Covina Police Department for attempted murder, assault with a deadly weapon, gang enhancement and hate crime. The self-described gang member is being held on $500,000 bail.

The motive for the attack remains under investigation. Anyone with this information was urged to contact the Covina Police Department Detective Bureau at (626) 348-5612.