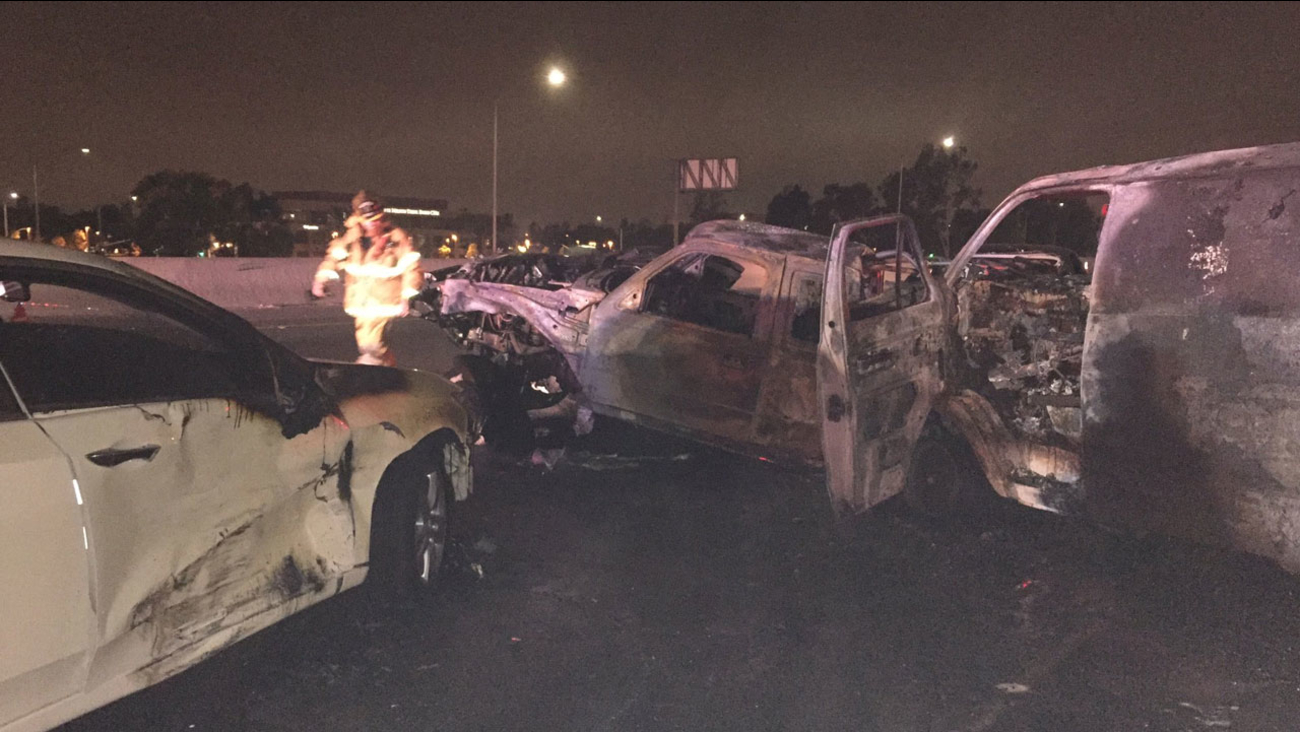 Authorities investigated the scene of a fiery multi-vehicle crash on the 5 Freeway in Tustin on Monday, Aug. 8, 2016. (twitter.com/OCFA_PIO)

TUSTIN (KABC) -- A fiery fatal crash on the northbound 5 Freeway in Tustin led to lengthy backups as all lanes were closed for the investigation late Monday night.

The crash involved multiple vehicles on the freeway north of Jamboree Road around 10:38 p.m. All northbound lanes of the 5 were closed and traffic was being diverted off the freeway at Jamboree.

The Jamboree on-ramp to the freeway was also closed, but both the on-ramp and freeway were reopened early Tuesday morning.