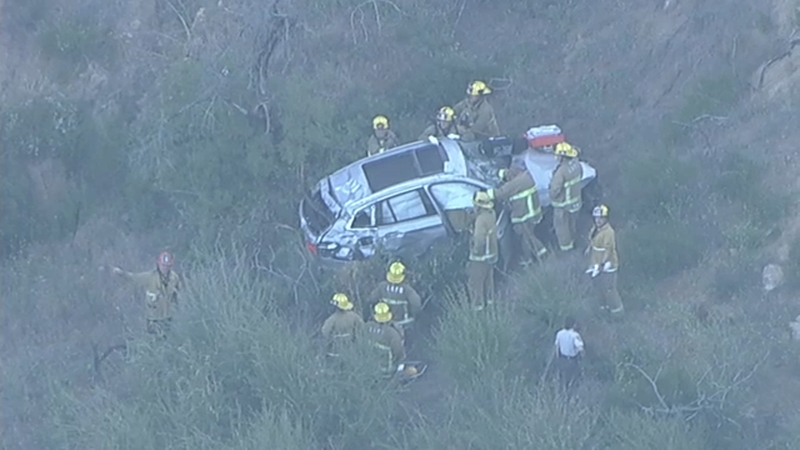 GRIFFITH PARK, Calif. (KABC) -- A car plunged about 300 feet over the side of a cliff in Griffith Park on Wednesday morning, prompting firefighters to launch a rescue operation for a 68-year-old driver, officials said.

The crash was reported by a 911 caller shortly before 7 a.m. in the 2800 block of West Observatory Drive, according to the Los Angeles Fire Department. Park rangers made their way down to the car and found the female driver alert and talking. The extent of her possible injuries was not immediately known.

"Firefighters are on scene and making their way down with equipment, to assess the situation to determine the safest method of bringing the patient up to the road for treatment/transport as required," the LAFD said in a statement.

The Fire Department's Air Operations unit was also summoned to the scene. Video from AIR7 HD showed first responders extricating the woman from the vehicle and securing her onto a rescue litter. She was then hoisted up to a hovering helicopter and transported to a hospital.