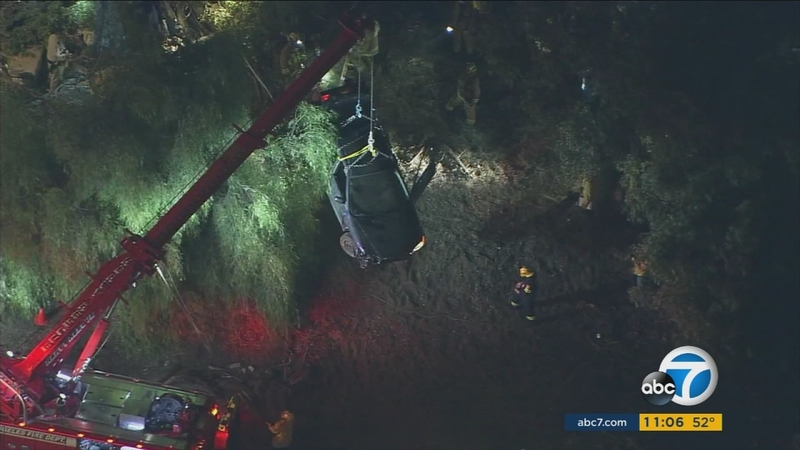 VAN NUYS, LOS ANGELES (KABC) -- One person was killed and three were injured when a car went over the side of the 405 Freeway in Van Nuys and fell onto a homeless encampment, fire officials said.

The crash, involving a 2002 Honda Accord, was reported just after 6 p.m. near the Sherman Way exit of the 405.

One victim was pronounced dead at the scene after suffering massive crush injuries, according to the Los Angeles Fire Department.

Firefighters tend to a person seriously injured when a car rolled off the 405 Freeway and onto a homeless encampment in Van Nuys.

Three patients were transported to a hospital -- two in serious-to-critical condition. The other person was in fair condition, with injuries that were described as non-life threatening.

Haskell Avenue was closed near the crash site as an investigation got underway.

This car veered off the 405 and into a homeless encampment killing 1 man and injuring 2. More on the story at 11pm. pic.twitter.com/Akd1C1UYlS