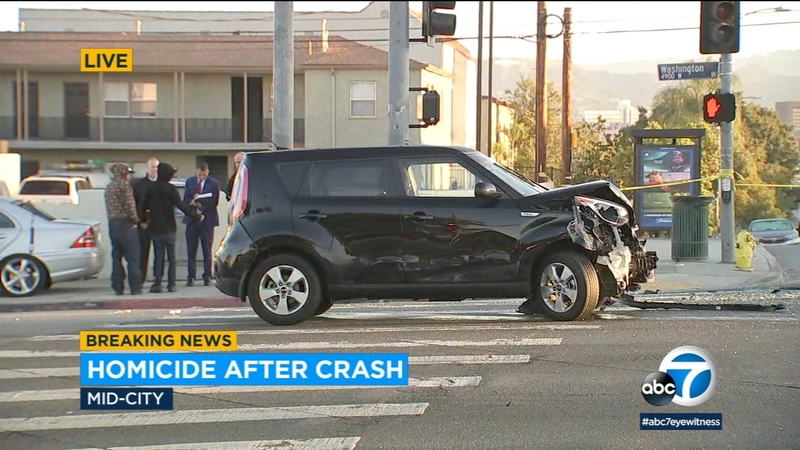 MID-CITY, LOS ANGELES (KABC) -- A hit-and-run driver was being sought after getting into an argument and fatally stabbing a person who was uninvolved in a Mid-City crash, authorities said.

The collision occurred about 3 a.m. at the intersection of Washington Boulevard and La Brea Avenue, according to the Los Angeles Police Department. News video showed a black Kia Soul with severe front-end damage scene.

A verbal altercation followed, involving a possible witness to the crash and a male driver, the LAPD said. The suspect stabbed the victim, who was transported to a hospital and later died.

The assailant fled on foot and remained at large. A detailed description was not available.

The deceased victim was not immediately identified.