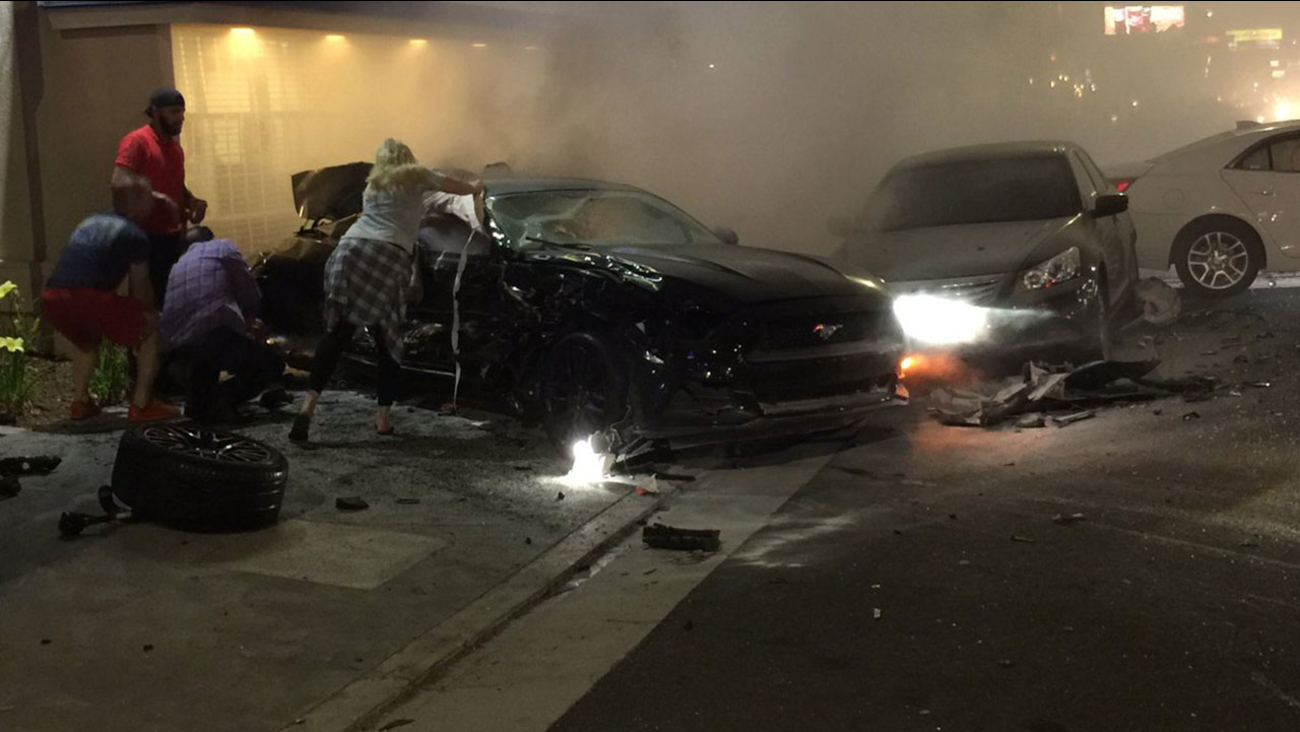 The Ford then crashed into another moving vehicle and then a parked car.

Five people were taken to the hospital, and three of them were later pronounced dead.

The three people who died were in the Ford, according to police.

Three others were evaluated at the scene, according to Los Angeles Fire Department spokesman Brian Humphrey.

One vehicle caught on fire at the scene with two people trapped inside, Humphrey said. He said bystanders used fire extinguishers and buckets of water to help control the flames until firefighters arrived.

Ventura Boulevard was closed in both directions between DeSoto and Paralta Avenue while officials investigate.