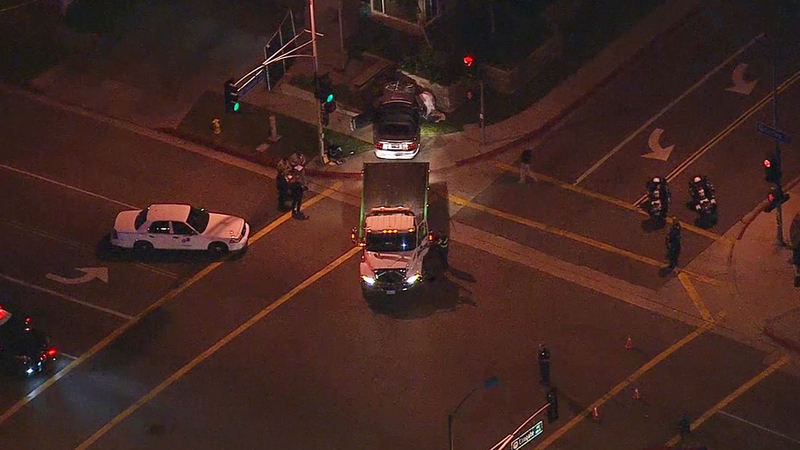 MONTEREY PARK, Calif. (KABC) -- A school crossing guard was struck and killed in Monterey Park Tuesday afternoon. The incident occurred near South Garfield Avenue and Elmgate Street at about 3:42 p.m.

The California Highway Patrol says a silver Mustang swerved to avoid a Toyota making a left turn and ran over a crossing guard that was sitting in front of a fire station, killing him instantly.

"It was horrific. There was a car just on the wall and nobody knew what was really happening," one witness said.

The 19-year-old driver who struck the crossing guard remained at the scene and is cooperating with the investigation. CHP officials said he did not have a California's driver's license, but did have a Chinese passport.

It's not clear if either drivers ran a red light. Both cars, however, stopped to administer aid.

The victim's identity has not been released. No children were injured.

Neighbors say the crossing guard had worked there for well over a decade.

"He was one of the really good guys that I knew in this area," said Matt Lewis of Monterey Park. "He was always happy and he always laugh and talk with all the parents."