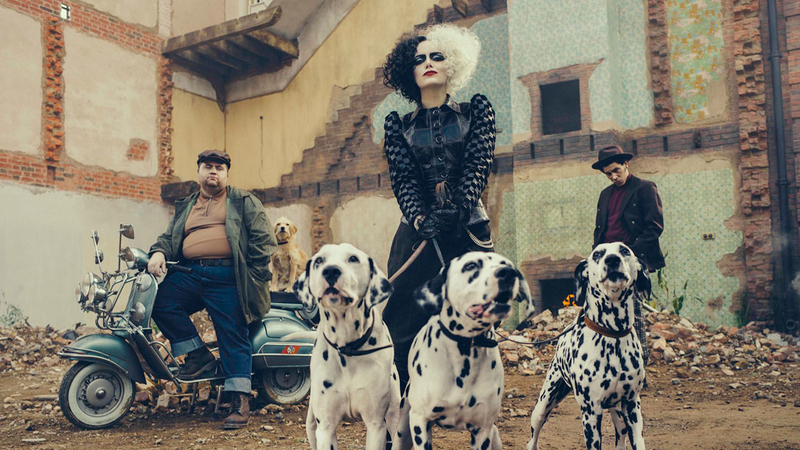 ANAHEIM, Calif. -- Forget everything you know about Cruella de Vil: Disney dropped a first look at Emma Stone as the iconic villain in the upcoming live-action film "Cruella," and she's probably a lot more punk rock than you were expecting.

The photo, released during Disney's D23 fan convention in Anaheim, shows Stone clad all in black, holding three Dalmatians on a leash. True to the depiction of de Vil in the 1961 animated film and Glenn Close's portrayal in the 1996 live-action adaptation, Stone appears with de Vil's signature two-tone black-and-white hairstyle.

In a video message played during the convention, Stone discussed the character's rocker vibe and said the film, a prequel that tells de Vil's backstory, is set in London in the 1970s.

Here's what you can expect to see when the Disney+ streaming service launches on Nov. 12.