Campus police at California State University, Northridge investigated Wednesday night another threat to the school community, this time at the Pride Center.

In a tweet, the campus said it was aware of a social media post that said "some people think the Pride Center is going to be targeted" on Thursday.

CSUN police said it would provide additional security at the center, which is located in the student union. By 6:24 a.m. Thursday, the university said school police determined there was no threat to the Pride Center.

The threat comes two days after other threats were made against the campus community. On Tuesday, a handwritten note threatening a mass shooting was found in Redwood Hall. The note threatened to kill professors and teachers for "making students depressed" and said the chaos would be carried out Wednesday.

Campus police received help from the Los Angeles Police Department on the matter, and CSUN police Chief Anne Glavin said the investigation was in its early stages.

Heightened security was already on campus Wednesday, where finals were canceled in light of the letter.

Last week, a student discovered graffiti in Sierra Hall that read, "Mass shooting in Sierra Hall 12/12/18." A swastika was scrawled underneath the message. Images of the graffiti circulated on social media and extra patrols were made at night. 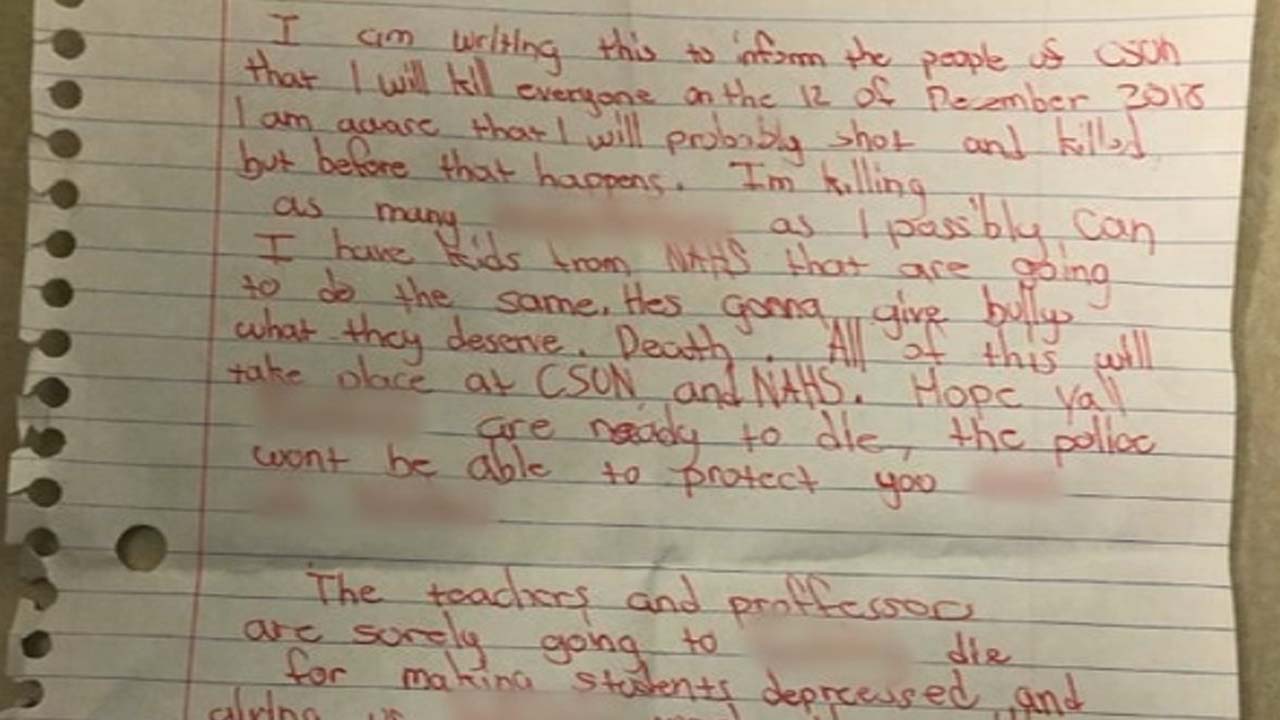 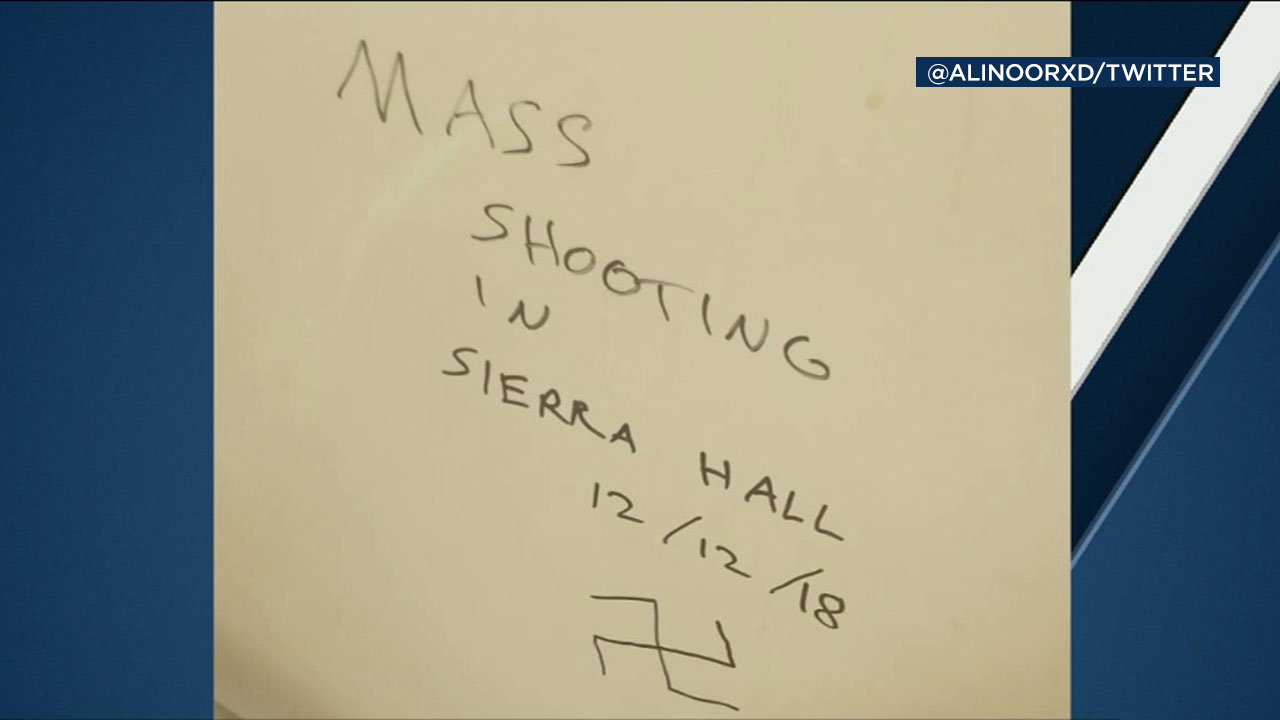