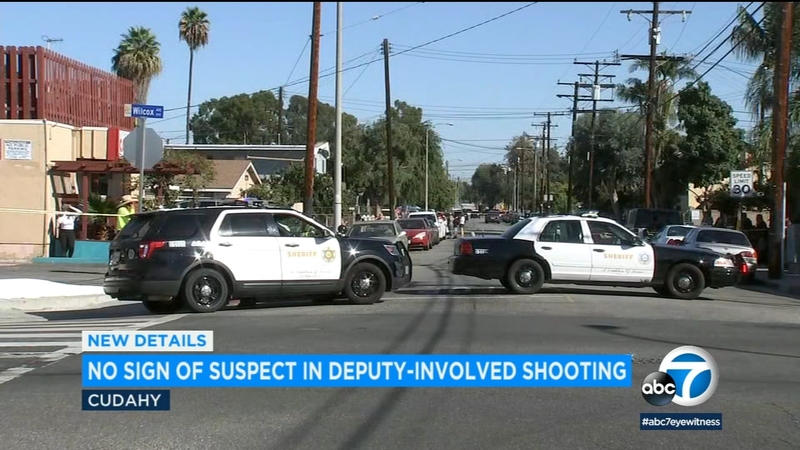 CUDAHY, Calif. (KABC) -- Authorities continue their search for a man accused of opening fire on sheriff's deputies in Cudahy.

The incident occurred when a reckless driving suspect led deputies on a short pursuit Sunday at about 11:15 a.m. in the 5100 block of Santa Ana Street, according to the Los Angeles County sheriff's department.

Authorities said the driver eventually stopped and got out of the vehicle, pointed a gun and shot at deputies, prompting deputies to return fire.

No one was struck.

The suspect then took off on foot. A nearby neighborhood was place on lockdown for about five hours, but the suspect was never found.

The suspect was described as Hispanic, approximately 5 feet 7 inches to 5 feet 9 inches tall, with a thin build, dark hair and dark clothing. Authorities said he is armed with a gun.