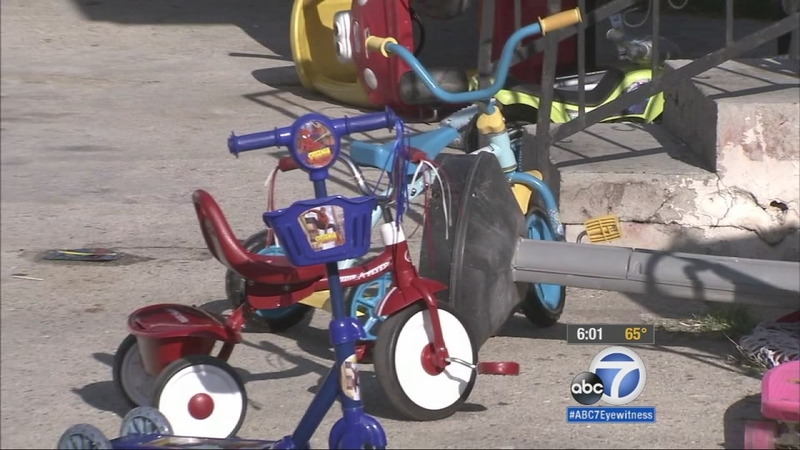 CUDAHY, Calif. (KABC) -- A mother has been arrested in the stabbing of a 3-year-old boy in Cudahy.

Michelle Betancourt, 23, was taken into custody on suspicion of attempted murder following questioning on Tuesday morning.

Los Angeles County sheriff's deputies responded to a rescue call in the 3800 block of Walnut Street at 8:39 p.m. Monday. The toddler was rushed to a local hospital with a stab wound to his neck.

"The mom was also screaming, 'My baby's dying, my baby's dying,'" neighbor Cynthia Griego said. "She was shaking him, so my dad grabbed him and was holding the towel on his throat."

Neighbors said Betancourt was screaming that the stabbing had been an accident and that her toddler had stabbed himself with a kitchen knife.

Investigators say that the stabbing "didn't look like an accident," and there were no signs of a break-in at the home. Authorities said it is unclear what lead to the stabbing and would not go into details about Betancourt's statements during questioning.

The only people at home at the time of the incident were the victim's parents and a 9-year-old sister. The girl was interviewed by Special Victim's Unit detectives and may be taken into protective services.

"I'm in shock. That's crazy. I was just outside with him yesterday playing," Griego said. "He's a good little kid."

A motive for the stabbing has not been determined. Lt. Holly Francisco said neighbors reported hearing arguing before.

The suspected weapon, a kitchen knife, was recovered at the scene, authorities said.

Betancourt is being held on $1 million bail. According to public records, Betancourt was involved in a previous domestic violence incident. Investigators could not offer specifics on the situation.