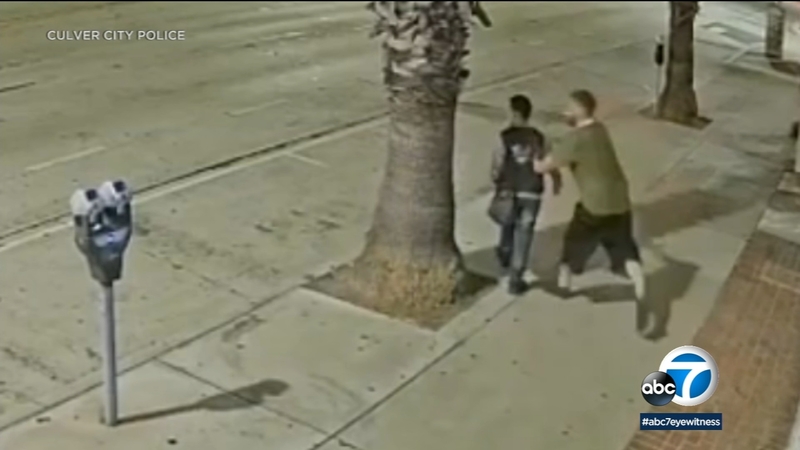 CULVER CITY, Calif. (KABC) -- Culver City police are searching for a man captured on video punching an Asian American woman in the head and knocking her down in a suspected hate crime.

The attack happened about 1 a.m. Monday in the 13300 block of Washington Boulevard as the woman was on her way to work.

Police say the victim walked away from the suspect after he asked her for a cigarette, and he then approached her from behind. That's when the man yelled a racial slur and punched her, causing her to fall to the ground.

The woman suffered a "severe" laceration to her right ear and was taken to a hospital for treatment, according to police, who said she is expected to recover fully. Police say it was a random attack.

The suspect was described as white, about 35 years old, 5 feet 9 inches tall and heavyset, with light colored hair, possibly balding.

Police hope the public will be able to help track him down. Anyone with information on the case can contact police at 310-253-6300.