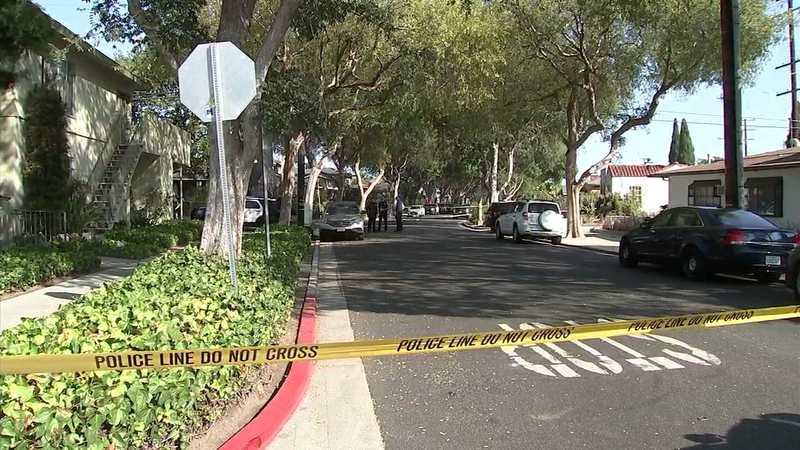 CULVER CITY, Calif. (KABC) -- A man died in an officer-involved shooting after he was suspected of attacking his sister with a butcher knife in a Culver City neighborhood.

Authorities said the shooting happened shortly before 2 p.m. Saturday in the 4100 block of Mentone Avenue.

The attack began about a block away at an apartment, where the siblings were staying. Investigators said the 30-year-old man and 27-year-old woman were staying temporarily at an Airbnb while visiting from Northern California.

Authorities said for some unknown reason the man attacked his sister with what detectives described as a meat cleaver. She was stabbed and cut multiple times all over her body.

She then ran down the street, investigators said, and screamed for help from a nearby resident, who rushed her into his home. Other residents and neighbors called 911 when they saw the woman covered in blood.

Authorities rushed to the scene, confronted the suspect who was armed with a knife and opened fire.

"Apparently it was the brother of the woman who was attacked. She was attacked by her own brother. He cut her up really bad in the face and in the throat and in the arms and all. The ambulance eventually took her away and they took him away on a gurney. He was all shot up," witness Mark Broyard said.

The cuts were so deep to her face, he nearly cut off her nose, authorities said.

Lt. Joe Mendoza, with the Los Angeles County Sheriff's Department, said the man charged at the officers with the knife, which resulted in the shooting. Neighbors said they heard six to eight shots.

The man was taken to a hospital, where he was pronounced dead. His identity has not been released.

As for his sister, the woman underwent surgery and police believe she will survive her injuries.