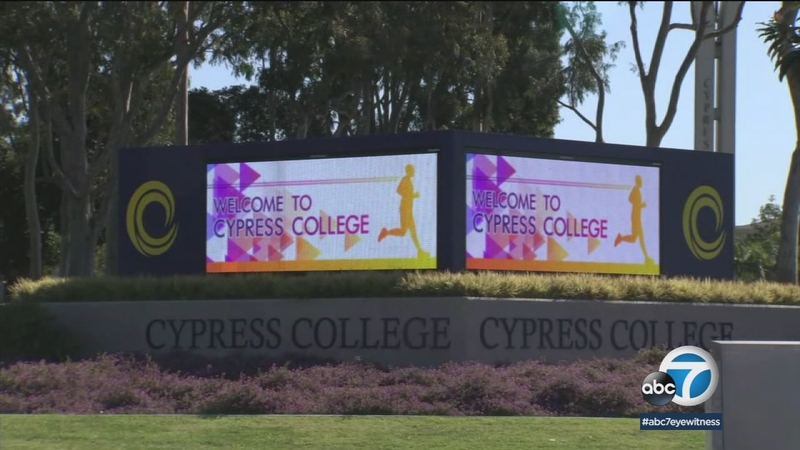 CYPRESS, Calif. (KABC) -- Cypress College officials said a former student has been taken into custody after a credible threat of "possible violence" was made against the school.

Though the threat was not specifically directed at the campus or individuals at the college, school officials were concerned because the former student was on campus last week acting erratically.

"His behavior was such on campus, that we had concerns," the school's communications director Marc Posner told said.

Police confirmed Monday morning that a 24-year-old former student from Pico Rivera was detained for a mental health evaluation at a mental health facility. The suspect's identity was not immediately known.

According to police, the man's family lives in Whittier. Investigators were in communication with family members who said the man told them he was distraught and was going to "shoot up" a school, but didn't say which school.

After a search of his home, police said they found no weapons and no evidence of any guns registered to the man.

The threat prompted school officials to shut down the campus until noon, but they confirmed any class held at noon or after would go on as scheduled.

Posner said the threat was sent through email and text.

Student Darcy Wallace was unsettled by the warning.

"It is kind of nerve-wracking, because I'm just walking around at school, I'm just trying to get an education," she said. "It's not a good feeling."

Chris Van Zeyl, who owns a salon across the street, was also concerned about students' safety.