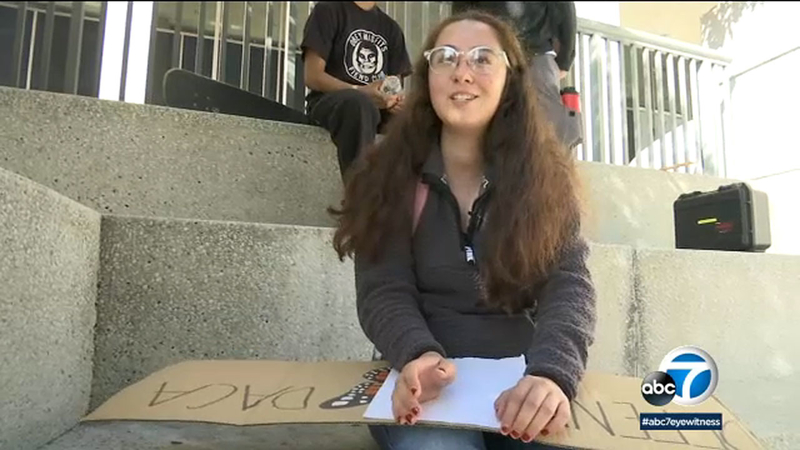 "I was born in Mexico in the state of Jalisco. At the age of four, we decided to come the United States, more specifically Arizona," said Martel.

The DACA recipient and UCLA student was about 10 when SB 1070 became law in Arizona.

"We were in the Maricopa County, which is not the best county or place to grow up if you are undocumented," she said.

At the time it required police detain those suspected of being undocumented and request their immigration documents.

"I would go to school on Fridays not knowing if I would come back or if I came back, if my parents were going to be there," she said.

So, she and her family made Los Angeles home. Martel describes living in the U.S. as an opportunity she doesn't take for granted.

Now, the future of her work permit - which helps her pay tuition - is hanging in the balance of the U.S. Supreme Court.

"The day that the Trump administration decided to rescind DACA, that was the day we were supposed to send my brother's paperwork," she recalled.

"It's been a really big rollercoaster," she added.

The political science major who wants to attend law school says she has a plan in place if DACA, Deferred Action for Childhood Arrivals, ends.

But for now, she's marching forward.