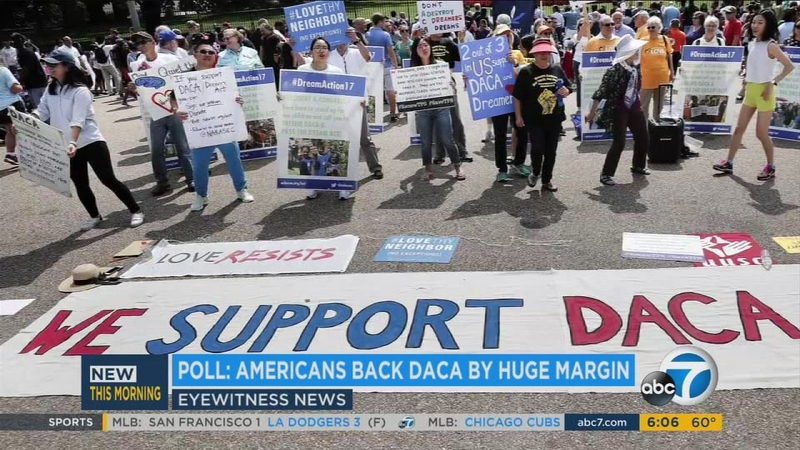 Americans overwhelmingly support Deferred Action for Childhood Arrivals, otherwise known as DACA, according to the results of a new poll released Monday.

A staggering 86 percent of Americans say they support a right to residency for undocumented immigrants who arrived in the United States as children, according to an ABC News/Washington Post poll, which indicates support is crossing the political spectrum.

The results of the poll could be in reaction to President Donald Trump's decision to phase out the DACA program.

Those who were polled said they support that type of program if the immigrant has completed high school or military service and has not been convicted of a serious crime, which are all elements of DACA, established by former President Barack Obama by executive order in 2012.

Support spanned demographic groups, including three-quarters of Republicans and conservatives, 86 and 87 percent of independents and moderates and 97 and 96 percent of Democrats and liberals.

About two-thirds said they back a deal to enact such legislation in tandem with higher funding for border control.
The same poll found that disapproval of Trump's handling of immigration overall has reached 62 percent.