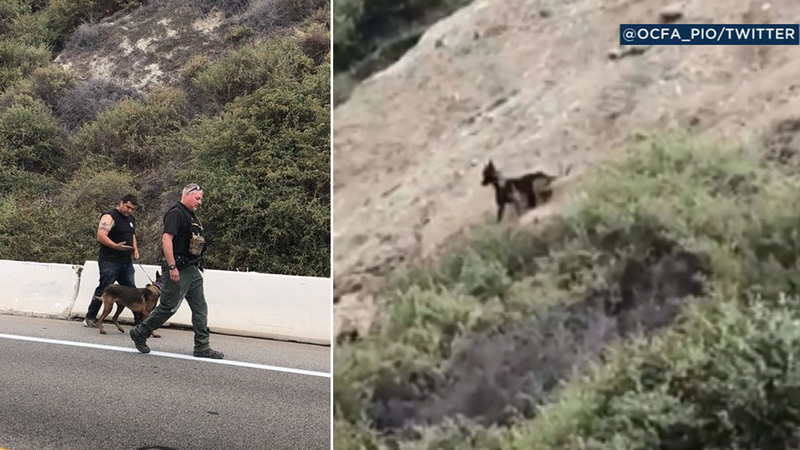 DANA POINT, Calif. (KABC) -- Orange County firefighters took on a daring dog rescue to save a German shepherd stuck on a cliff in Dana Point.

The Orange County Fire Authority was brought in at about 9 a.m. Friday to help the pup make it down.

Dana IC: Helicopter cancelled so they don’t frighten the dog. Dog is not injured. pic.twitter.com/gyJLWu2Qpz

Crews were initially going to bring in a helicopter but turned it away for fear it might spook the dog.

They were eventually able to coax it along a safe path, where the dog found its way to the bottom.

Dana IC: Dog is safely down the cliff. pic.twitter.com/WfUbyz62i6

The dog was just fine and reunited with its owner.

Pacific Coast Highway was shut down in both directions during the rescue.

Dana IC: Dog is safely down the cliff. pic.twitter.com/1R21HmusJu