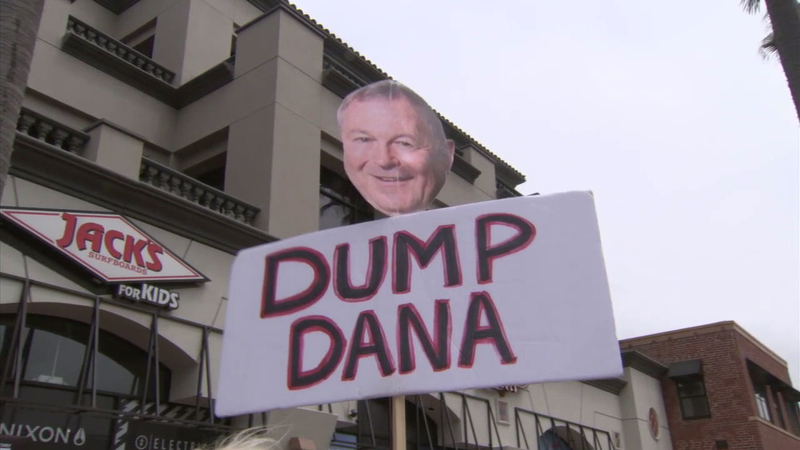 OC congressman condemned for comments made in Showtime spoof

HUNTINGTON BEACH, Calif. (KABC) -- Protesters usually show up every week in front of Congressman Dana Rohrabacher's office in Huntington Beach, but on Tuesday they gathered to condemn him for appearing on a political satire.

About 30 protesters were out front upset that the congressman appeared on Showtime's spoof "Who Is America?" hosted by comedian Sasha Baron Cohen, who was disguised as an Israeli gun rights activist for the skit.

In the segment, Cohen appears to convince some past and present Republican congressman and gun lobbyists to endorse a "Kinder Guardian" program. In the program, it's established to protect schools from attackers by training children as young as 4 how to use a gun.

In a statement, Rohrabacher said he never met Cohen and that the interview used on the show was taken somewhere else.

"At no time did I endorse training toddlers in handling guns. Nor was the idea even presented to me directly. If it had been, I would have rejected it," he said.

But some people said they don't believe him.

"He's denying it now, but he did definitely affirm that he wants students to be trained," Max Tiehen said.

Rohrabacher's office later said he does support voluntary programs that teach safe firearm use to responsible high school students that is approved by school boards.

The protesters are supporters of Democrat Harley Rouda, who is running against Rohrabacher in the general election.