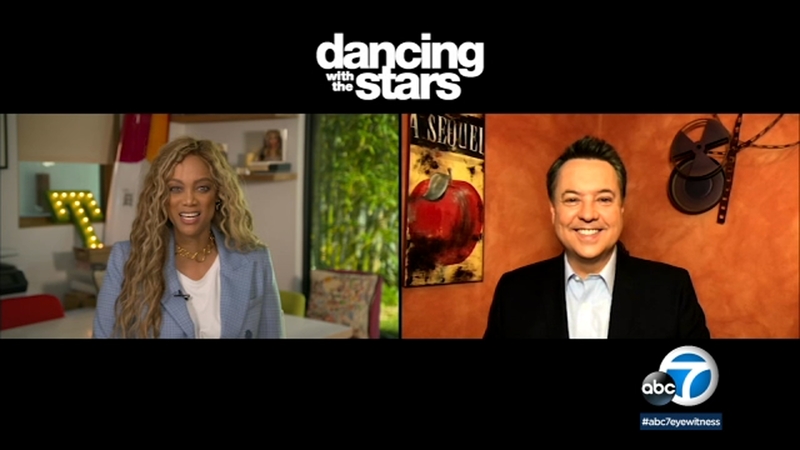 Tyra Banks adding her own spin to 'DWTS'

The "Dancing with the stars" ballroom is being readied for Season 29, now less than a week away.

New host and executive producer Tyra Banks says there will be some changes and not all of them are because of the pandemic.

"Dancing With The Stars" is now a television institution "so I'm not coming with some sledgehammer. I'm coming with pixie dust," said Banks.

Derek Hough talks about joining the judging panel on season 29 of "Dancing with the Stars."

She plans to add her own spin to the series in various ways, including adding to the dance styles we've been seeing for years. "On the producing side," she said, "there are some kind of wild ideas that I have that some people might be, like, 'What is happening right now?' But I think it's going to bring a lot of younger viewers to the show where they can watch with their families, which I really want."

What you won't be seeing this season, because of the COVID-19 pandemic, are those hundreds of fans in the studio that have been a staple of "Dancing with the Stars" since the beginning. "In terms of the audience, there will not be audience," Banks said, "but the lighting team is working extra hard to still have electricity, like, you know, that feeling of audience and lights and flashing and so you're going to feel a lot of energy. It won't just be like this empty room and 'bravo.'"

Carole Baskin and Nelly talk to GMA about joining the cast.

Another change for Season 29, professional dancer Derek Hough is returning. The six-time "Dancing with the Stars" champion last partnered up with Marilu Henner in Season 23. Hough will be returning as a judge!

As for Banks replacing the man who hosted "Dancing" since day one? She said, "Tom Bergeron is a comedic genius. I am not a comedian but I can be funny. So I want to bring a lot of levity, a lot of humor, perhaps a lot of self-deprecation." Banks says her "secret sauce" is a lot of love, motivation and "You've got this!"

Real life married couples like Sasha Farber and Emma Slater will be living apart during the upcoming season of 'Dancing with the Stars' to follow COVID-19 safety protocols.