Suspect sought in arson attempt at Kardashian-owned boutique in WeHo 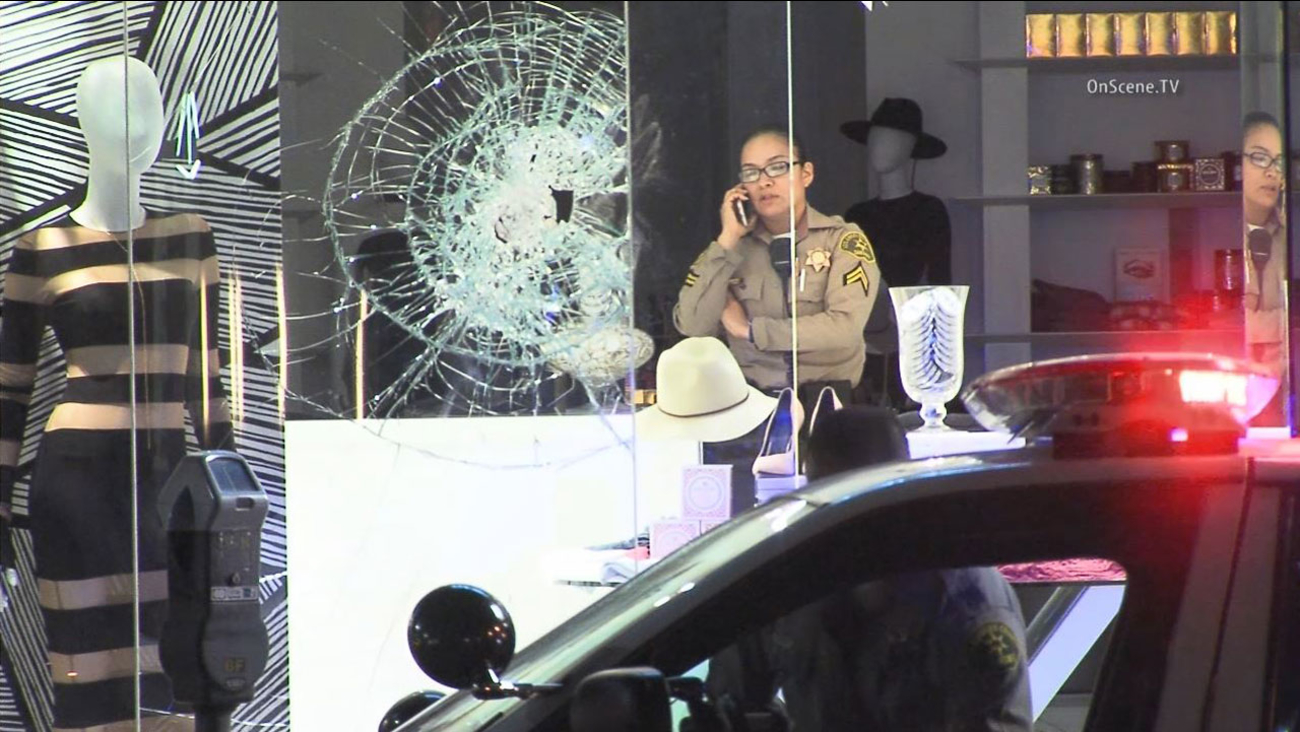 Authorities investigate an arson attempt at Dash, a West Hollywood boutique owned by the Kardashian family, on Tuesday, June 7, 2016. (KABC)

The incident happened around 11:20 p.m. Monday in the 8400 block of Melrose Avenue. When authorities arrived at the scene, they found a broken window, but no fire had been started in the store.

A witness who called told authorities that they saw a man throw a lit object through the window. Not long after that, authorities received a call from an alarm company indicating the burglary alarm had been activated at the store.

Los Angeles County fire officials initially said one person was taken into custody, but county sheriff's officials said no arrests have been made.