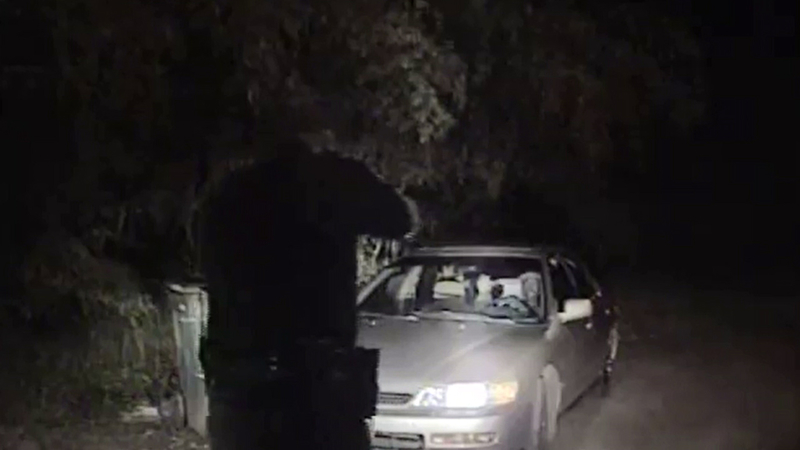 The footage shows the moment an officer in Forest Acres, South Carolina, shot several times into a stolen car the evening of May 19.

Authorities stated 17-year-old Antwon Gallmon was behind the wheel of the stolen vehicle and attempted to run the officer over.

In the video, the officer can be heard demanding Gallmon to stop, and to not move.

The officer yelled, "Do not make me shoot you," as he appeared to step in front of the vehicle.

Gallmon appeared to put one of his hands up as he attempted to drive forward. That's when the officer opened fire into the vehicle, shooting seven times.

The officer relays information to dispatch of shots fired and stated, "He tried to hit me with the vehicle."

"He almost hit me. I was barely able to get out of the way," the officer continued.

After a brief two-mile chase by other officers, Gallmon was taken into custody.

The NAACP demanded answers, stating Gallmon, who appeared to be unarmed, was just trying to leave and was not threatening the officer.

Police said they later found two guns and marijuana in the car.

The officer was placed on paid leave during the investigation. Gallmon was charged with several crimes, including weapons, drugs and stolen vehicle charges.