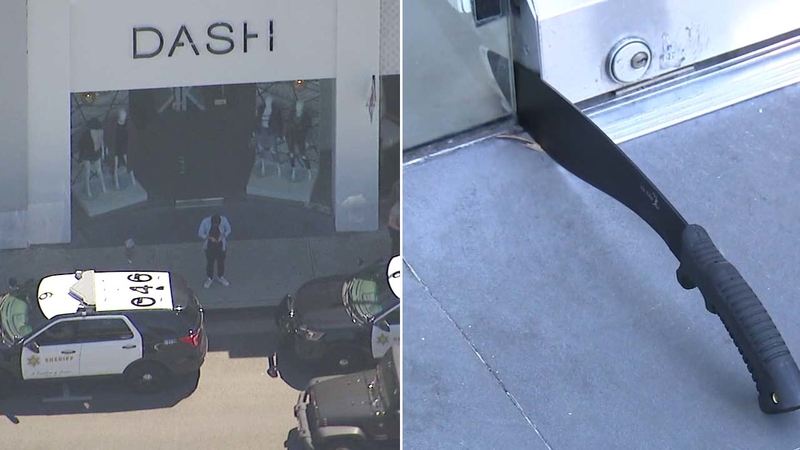 WEST HOLLYWOOD, Calif. (KABC) -- An armed woman barged into the Kardashians' Dash boutique in West Hollywood on Thursday and pointed her weapon at an employee, sheriff's officials said.

The woman came into the store around 11:30 a.m. with a handgun, possibly a revolver, according to the Los Angeles County Sheriff's Department.

She pointed the weapon at a store employee and mumbled something, possibly about Cuba.

The woman proceeded to knock items off a counter, then left the store.

Later, she returned to the scene and waved a machete at photographers who had gathered at the store.

She then wedged the machete in the crack of the store's doorway and left.

Officials said the incident doesn't appear to be a robbery.

No injuries were reported, and the woman has yet to be apprehended.

Sheriff's officials said they will inspect surveillance footage to aid their investigation.