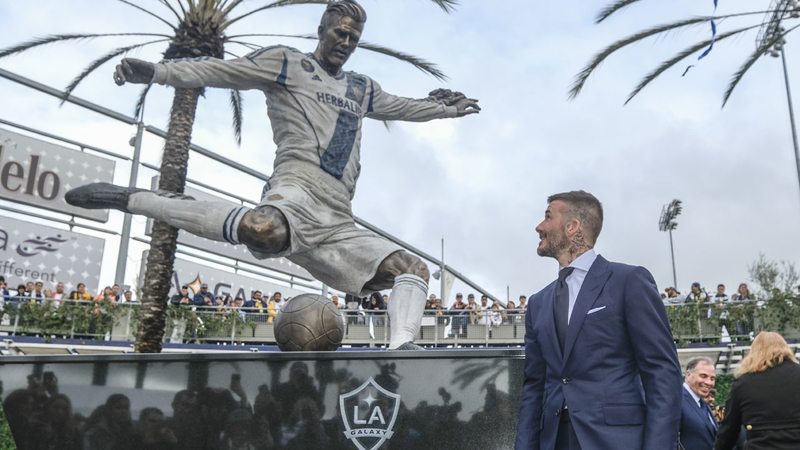 CARSON, Calif. (KABC) -- Major League Soccer kicked off it's 24th season by unveiling a salute of one of the most important players in the league's history - David Beckham.

Beckham was on hand Saturday as the L.A. Galaxy unveiled a statue of him before the season opening match against the Chicago Fire at Dignity Health Sports Park.

"It's been emotional, its been successful, we've won championships, we had a great time," Beckham said.

The statue depicts Beckham winding up for one of his trademark bending crosses.

"Since day one when [my family and I] arrived in this city, we felt at home. For that we will be forever grateful," Beckham said.

It's the franchise's first statue in the Legends Plaza located outside the Dignity Health Sports Park's main entrance.

Beckham's move to the M.L.S in 2007 was a pivotal moment for the league, sparking the arrival of more top quality international players and fan interest.

Beckham played six seasons with the Galaxy and led them to two championships. He remains a presence in MLS as an owner of Inter Miami CF, which is due to begin play in 2020.