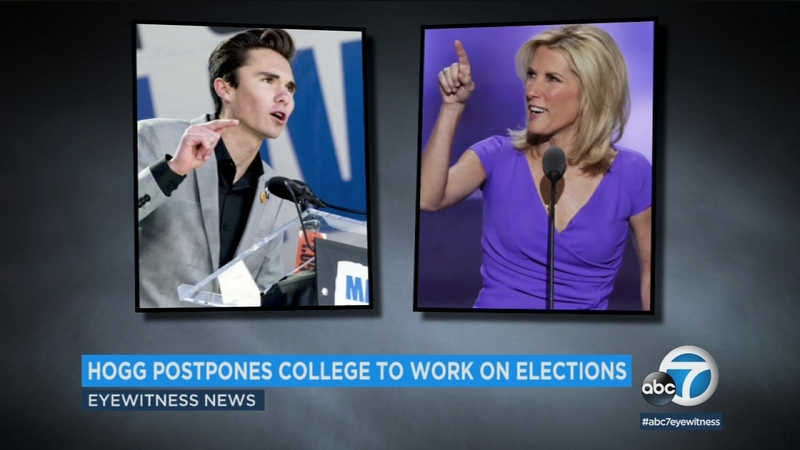 David Hogg, one of Marjory Stoneman Douglas High School's most visible student activists, has been accepted to UC Irvine.

Hogg's mother said he will postpone his first year of college to work on the midterm elections.

Hogg emerged as an advocate for gun control measures after the shooting in Parkland, Florida.

Last month, Fox News host Laura Ingraham mocked him on Twitter after he had been rejected by several universities to which he applied.

David Hogg Rejected By Four Colleges To Which He Applied and whines about it. (Dinged by UCLA with a 4.1 GPA...totally predictable given acceptance rates.) https://t.co/wflA4hWHXY