Daylight saving time: Everything you need to know about 'falling back' 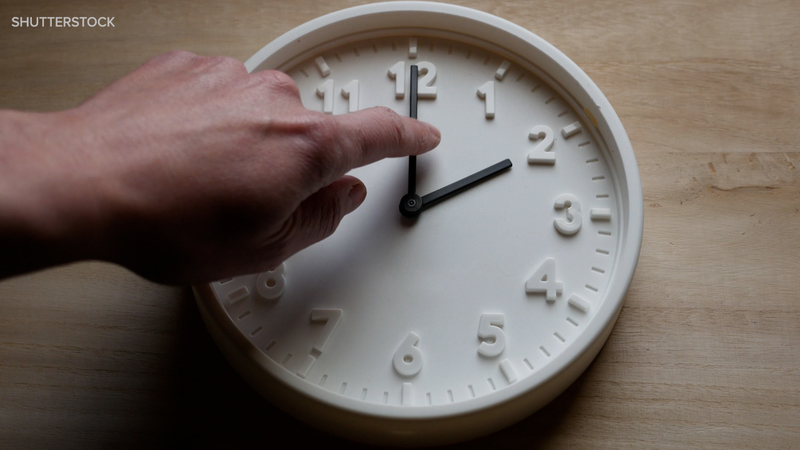 NEW YORK -- Daylight saving time has come to an end.

Many experts have pointed to the time change's adverse health effects, and studies show 7 in 10 Americans preferred not to switch back and forth.

But like it or not, 2021 carried on the hundred-year practice of "falling back."

Here's everything need to know about the end of daylight saving time this year:

When are Americans falling back? Springing forward?

How does the daylight saving time change impact health?

A 2020 study by the National Institutes of Health found that around 150,000 Americans experienced physical health problems caused by the biannual time changes.

"It's really all about that crossover between biology and social life and how it affects our circadian rhythms," she said.

Circadian biologists believe ill health effects from daylight saving time result from a mismatch among the sun "clock." This impacts our social clock -- like work and school schedules -- and the body's internal 24-hour body clock.

Ticking away at the molecular level, the biological clock is entrained -- or set -- by exposure to sunlight and darkness. It regulates bodily functions such as metabolism, blood pressure and hormones that promote sleep and alertness.

Time changes mess with sleep schedules, a potential problem when so many people are already sleep-deprived, says Dr. Phyllis Zee, a sleep researcher at Northwestern Medicine in Chicago.

And numerous studies have linked the start of daylight saving time in the spring with a brief spike in car accidents, and with poor performance on tests of alertness, both likely due to sleep loss.

Will the U.S. ever get rid of DST?

There aren't many public policy issues on which about 70% of Americans dislike the status quo and there is no real partisan divide, but for which nothing gets done to change it. Well that's where we are with daylight saving time, where Americans agree on the problem but not the solution.

Several states, including North Carolina, Montana, Minnesota and the Dakotas have all considered similar measures in recent years without any real momentum. Proposals often lose traction because Congress would have to revise the Uniform Time Act to make any changes possible.

In 2018, roughly 60% of California voters passed a ballot measure directing the Legislature to consider time changes. After receiving bipartisan support in committees, a bill to put the state on Pacific daylight time permanently stalled before the full Assembly could consider it.

Some in Congress have also proposed nixxing the time change.

It turns out that, as it is with many other issues and national debates, there are competing special interests with a lot of money at play.

The U.S. Department of Transportation, which oversees daylight saving time, says the additional sunlight later in the day saves energy, results in fewer traffic and pedestrian fatalities, and reduces lawlessness, since "more people are out conducting their affairs during the daylight rather than at night, when more crime occurs."

A permanent shift could mean more children get ready for school and adults head work in the dark.

How can people prepare themselves for the time change?

Try to prepare the body gradually. Slowly adjusting your sleep schedule about a month in advance can lessen the time change's blow.
Dr. Ashton said you can also get extra exposure to morning sunlight. Eating lightly throughout the day can help keep circadian rhythms balanced.

"Be aware of changes in our mood. This can really affect people, and I think it's important not to dismiss those changes," she said.