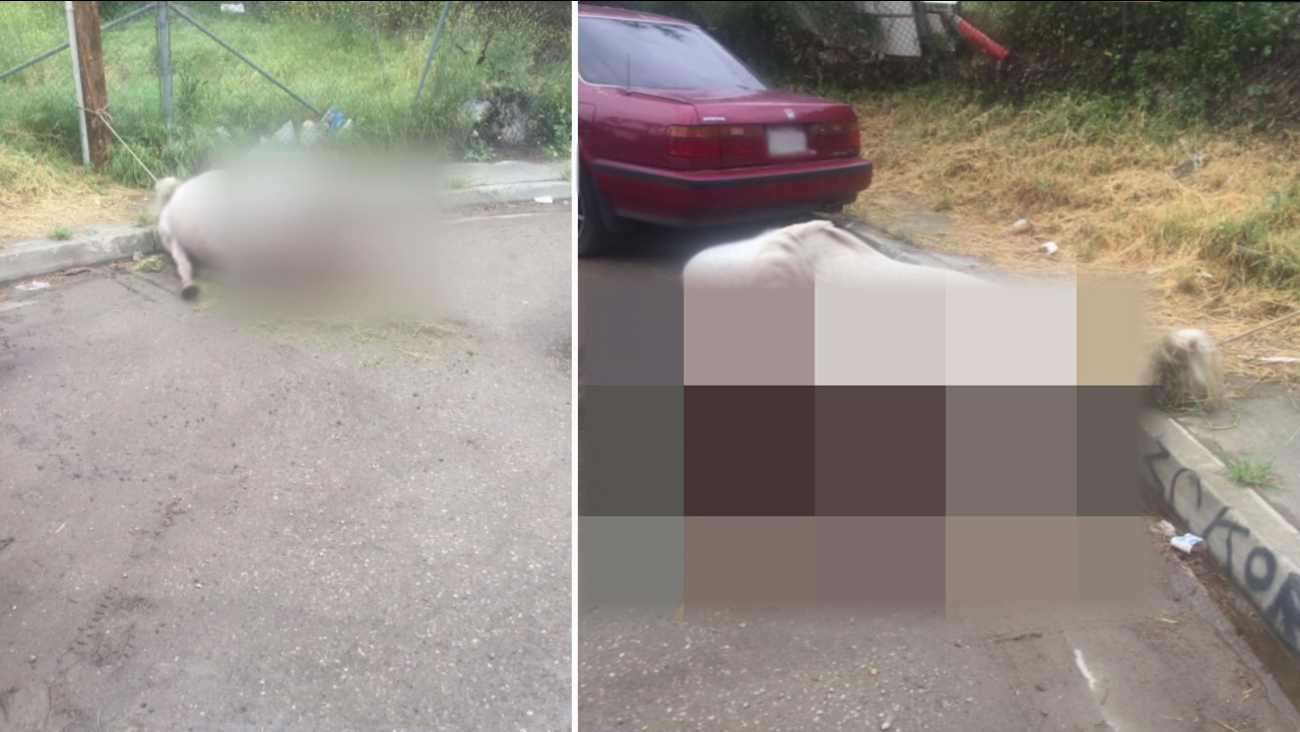 SYLMAR, LOS ANGELES (KABC) -- The disturbing sight of a horse that appeared to have been beaten or shot to death and left tied to a pole by its tail in Sylmar was actually an accidental death, police said Monday.