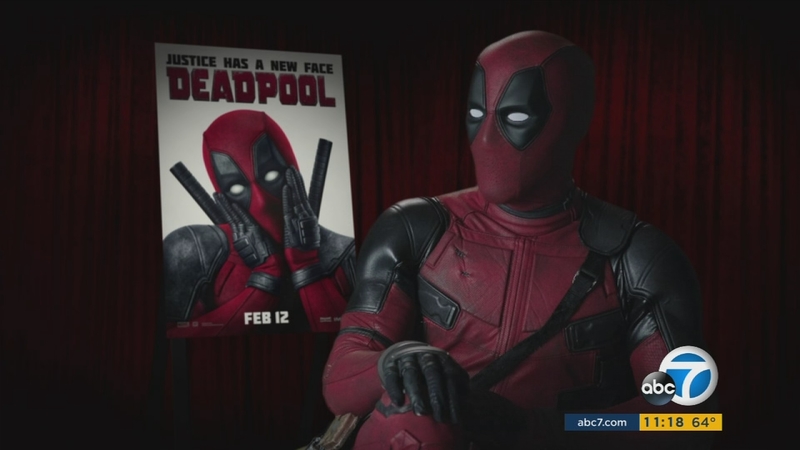 LOS ANGELES (KABC) -- Hollywood's antihero Deadpool spoke to ABC7 Entertainment Guru George Pennacchio about his "game-changing" film, which is set to release in theaters on Friday.

The Marvel Comics movie is about a former Special Forces operative with terminal cancer. He's the subject of a medical experiment that leaves him with an indestructible body, but his face is another matter.

Deadpool, however, is no easy interview. When asked to explain his character, we wondered whether he's from the world of Marvel or part of "The Hunger Games."

"Well, she's beautiful. She's strong-willed and courageous. She lives in a dystopian world where people are randomly selected to compete in this game of life and death," Deadpool said. "Also, Donald Sutherland also occasionally shows up looking like he just finished eating something delicious."

The comedic superhero added the next job he plans to pursue is remaking all of Ryan Reynolds' movies, but actually making them good. "Deadpool" opens on Friday and is rated R.

In the video above, you can watch ABC7's George Pennacchio's interview with Deadpool.