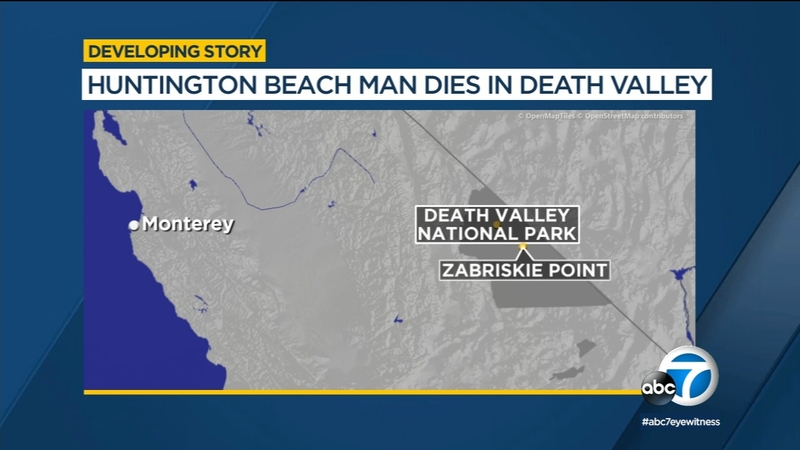 DEATH VALLEY, Calif. (KABC) -- A Huntington Beach man was found dead in Death Valley National Park after apparently running out of gas and getting out to walk in the scorching heat.

The park said David W. Kelleher was found by park visitors on Tuesday nearly 3 miles away from his car, where a note that said "out of gas" was also found.

Park rangers learned that the 67-year-old had not been reported missing, but initiated a search regardless. Search crews were limited in finding him on Saturday as temperatures in the park climbed up to 123 degrees.

Kelleher had been cited on May 30 for off-road driving. Authorities say at the time, he mentioned that he was low on fuel.

In extreme heat, park rangers say people should wait by their broken vehicle instead of trying to walk to find help. They also recommend avoiding hiking at low elevations after 10 a.m., staying within walking distance of air conditioning, staying hydrated and eating salty snacks.

It was the second reported death this month. The body of John McCarry, 69, of Long Beach, was found in Panamint Valley on June 1.