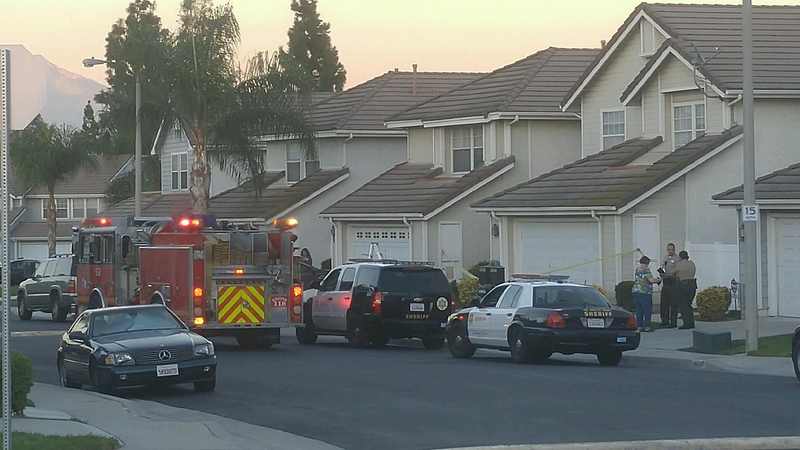 HACIENDA HEIGHTS, Calif. (KABC) -- Detectives with the Los Angeles County Sheriff's Department's Homicide Bureau were investigating after the decomposing bodies of an 84-year-old woman and a man were discovered inside a home in Hacienda Heights on Wednesday.

Deputies said they responded to the house in the 16600 block of Carriage Place to conduct a welfare check because the elderly woman hadn't been seen or heard from in days.

When they arrived, deputies smelled an odor coming from the home. They busted down the door and found the bodies, which they believe had been there for several days, in two separate rooms, according to sheriff's officials.

A cause of death has not been determined, but investigators are treating this case as a homicide. Authorities do not believe it was a murder suicide because officials say the crime scene appeared to have been tampered with, as if someone tried to clean things up.

The woman lived at the home, but who the man is remains a mystery.

Authorities said the woman's son also lived at the home and that he was previously taken into custody for elder abuse on his mother. He is currently in jail, and investigators said he is not considered a suspect in this case.

The victim's vehicle is missing and considered stolen, according to sheriff's officials. The car is a 2001 beige 4-door Toyota Camry with license plate 7LXV190.