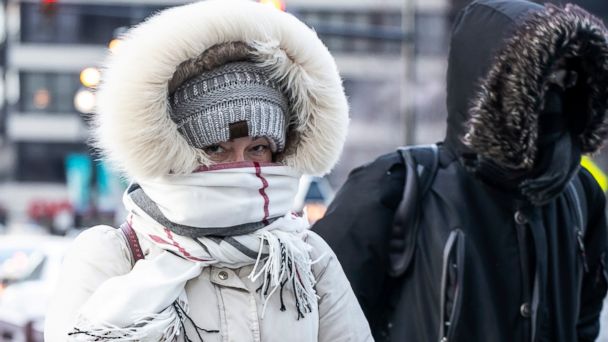 A dangerous deep freeze is blasting the Northeast and Midwest, where record-breaking cold temperatures are paralyzing cities and communities.

Thirteen people have died in connection to the dangerously cold weather, according to The Associated Press.

University of Iowa student Gerald Blez, who was studying medicine, died Wednesday, the university said. His cause of death is believed to be weather-related, officials said, according to ABC affiliate KCRG. The wind chill at the time was minus 51 degrees, KCRG said.

In Milwaukee, Wisconsin, a 55-year-old man was "cold and frozen" when he was found dead in a garage near a snow shovel Tuesday, a medical examiner's office official said.

By the weekend, some areas will feel like it's almost 100 degrees warmer than it is now.

In Chicago, where wind chills were in the minus 50s Wednesday, residents will warm up to temperatures in the 40s.