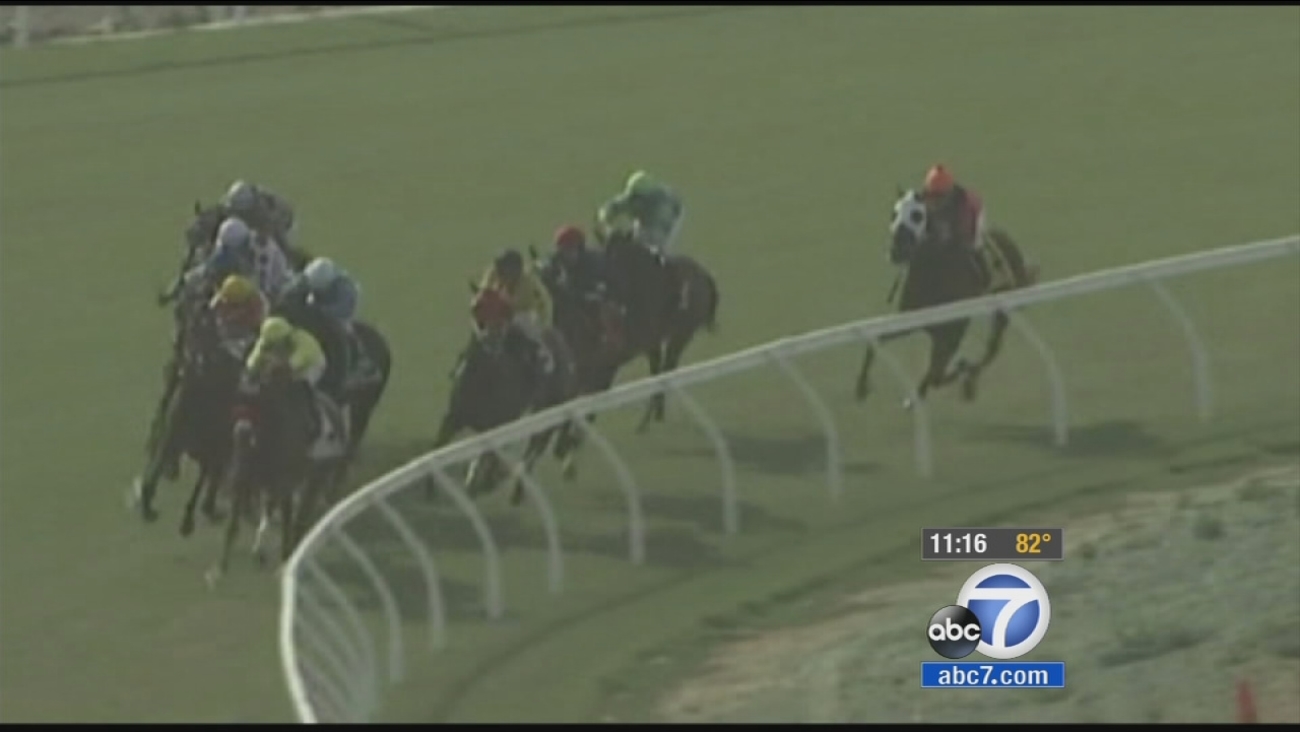 A growing mystery at one of the country's most popular horse racing tracks - Del Mar in Southern California.

DEL MAR, Calif. -- A growing mystery at one of the country's most popular horse racing tracks - Del Mar in Southern California. Ten horses have died during the summer season - and now Del Mar says they're making changes.

"It was very sad. I watched as they, they put the tarps up and euthanized the horse right there on the field," a Del Mar Race Track fan said.

Chattering Gambler died Sunday of an apparent heart attack, making it the tenth horse to die since the summer racing season opened at Del Mar, less than three weeks ago.

Three died from natural causes. The others were "put down" following catastrophic injuries on both the track's synthetic course and its brand new $6 million turf.

"Anytime you have 10 horses dying, and you really can't pinpoint one thing or another that's caused it, it is a mystery," ESPN Horse Racing Analyst Jeannine Edwards said.

Track officials have now shut down the turf course until Saturday, to soften it with water, and consult turf experts. As for the synthetic course, it's now been coated with wax and will be replaced with a softer dirt, ready for next year.

"Safety is the number one issue here with us. It's always about safety," Del Mar Race Track President Joe Harper said.

But track officials and experts tell ABC News that it may not be the tracks at all.

Veterinarian Dana Stead says it may be the "rush to get a horse here in combination with the pressure as well as the high purses, some horses may be running that aren't quite ready."

Still, these mystery maladies could be a public relations nightmare for the track, which is a huge summer tourist attraction and is getting ready to host the Breeders Cup in 2017.