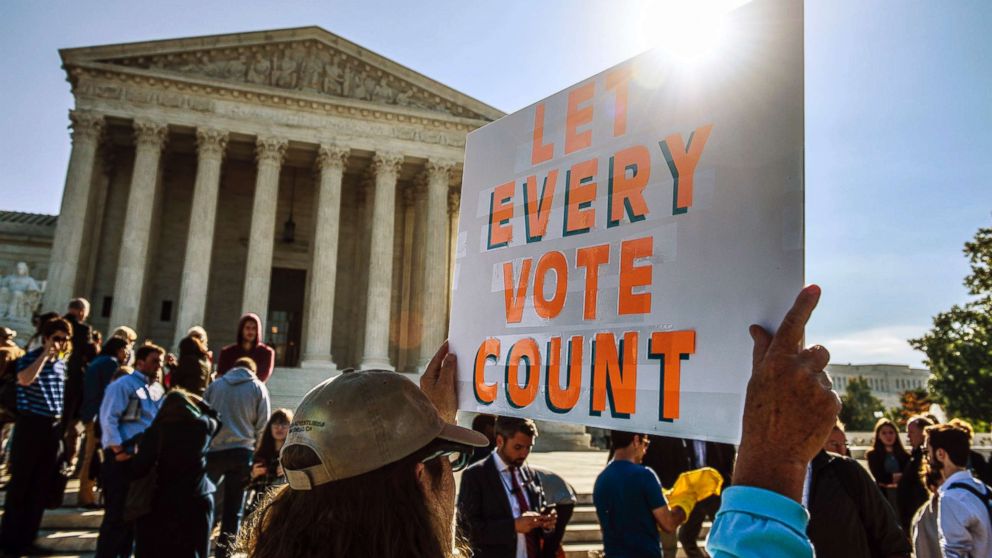 A narrowly-divided Supreme Court on Monday dismissed an appeal from Virginia's Republican-controlled House of Delegates which sought to reinstate the state's legislative districts map after it was struck down for improper racial gerrymandering.

On Monday, in a 5-4 decision, the court said the House of Delegates lacked standing to bring the case.

"The House, as a single chamber of a bicameral legislature, has no standing to appeal the invalidation of the redistricting plan separately from the state of which it is a part," wrote Justice Ruth Bader Ginsburg for the majority.

"This is likely good news for the Democratic Party in Virginia - it means that the Republican-drawn map at issue in this case cannot be used in the 2019 Virginia state elections," said ABC News legal analyst Kate Shaw.

"Today's Supreme Court ruling is a victory for democracy and voting rights in our Commonwealth," said Governor Ralph Northam. "When we corrected racially gerrymandered districts earlier this year, we righted a wrong-as I have always said, voters should choose their representatives, not the other way around."

The decision also impacts the electoral landscape in Virginia, a key swing state, on the eve of the 2020 presidential election.

All seats in the Virginia legislature are on the ballot in November. The outcome will determine party control of the state chambers headed into the 2020 census and next redistricting - the chance to reshape Assembly and congressional maps for a decade.

Virginia has been ranked as one of the most gerrymandered states in the country with districts drawn in many cases specifically to minimize the electoral influence of black Democratic voters, according to the nonpartisan Princeton Gerrymandering Project.

Last year, a lower court sided with the challengers to Virginia's map, ruling that the state assembly failed to conduct a "holistic analysis" of racial considerations unique to each district. It ordered that a new map be drawn before the 2019 elections.

Defenders of the map insist race did not predominate other race-neutral considerations.

"The Virginia House of Delegates exists for a purpose: to represent and serve the interests of the people of the Commonwealth," Alito wrote in the dissent. "The invalidation of the House's redistricting plan and its replacement with a court-ordered map would cause the House to suffer a 'concrete' injury" and give it grounds for bringing an appeal.
Report a correction or typo
Related topics:
abc newsnational
Copyright © 2020 ABC News Internet Ventures.
More Videos
From CNN Newsource affiliates
TOP STORIES