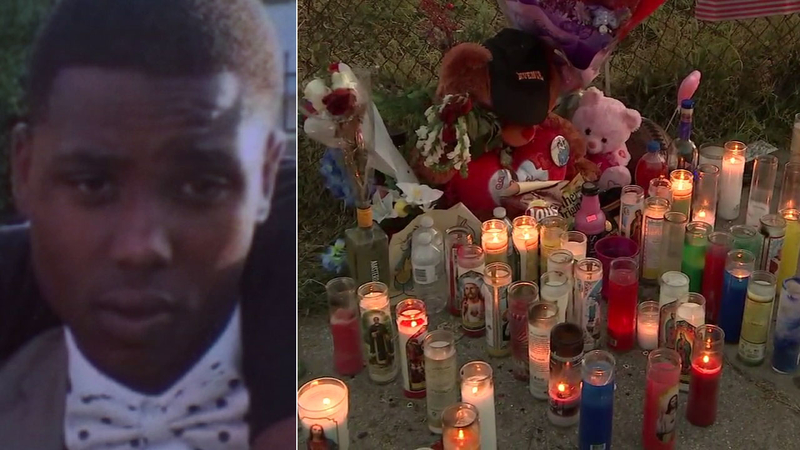 SOUTH LOS ANGELES (KABC) -- Family and friends honored a 22-year-old college football player Saturday at the scene where he was killed in a car crash in South Los Angeles.

Deobeya Lee, known as Obey to loved ones, was a passenger in a car driven by his older brother last Saturday. They were on 116th Street and Towne Avenue on their way to a birthday party when family members said they were hit by a speeding car.

"A lady, she blew right through the stop sign and she T-boned the car, pushed the car up in the gate and she killed my baby on impact," mother Demetra Arthur said.

The 22-year-old was a student and popular member of the football team at Compton Community College. He was studying to become a fashion designer.

A 27-year-old woman was arrested at the crash site. Authorities told the family she was driving under the influence.

"Somebody that was irresponsible and driving under the influence took an innocent life. He didn't deserve it at all," friend Harold Johnson said.

Relatives said the outpouring of support from Obey's friends means a lot.

"It's nothing but love. Family. He would have loved it, he would have definitely loved it," brother Darrion said.