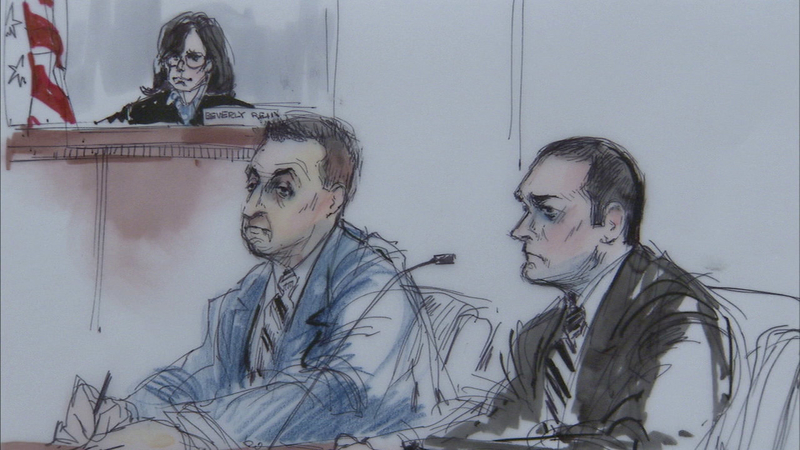 Prosecutors alleged that deputies Joey Aguiar, 28, and Mariano Ramirez, 40, kicked, beat, and pepper-sprayed inmate Bret Phillips when he was handcuffed in February 2009.

The jury was hung on a 10-2 split in favor of guilty on charges of deprivation of rights under color of law.

Aguiar and Ramirez were found guilty of filing false reports about the incident. They will be sentenced on April 25 and officials said they could face up to 20 years in prison.

Federal prosecutors said the guilty verdicts handed down after the two-week trial proved one thing.

"That something terrible happened to Bret Phillips on Feb. 11, 2009, and that it was not right and it was criminal," Assistant U.S. Attorney Mack Jenkins stated.

The jury could not agree on whether the nature of the beating was a criminal act or if deputies were dealing with a testy inmate. The incident was witnessed by jail chaplain Paulino Juarez, who had trouble identifying the deputies.

Some jurors stated they did not find him credible.

"What was important was actual evidence, what we determined to be hard evidence, so the medical reports, direct testimony," explained juror Janet Giampaoli.

Ramirez's defense lawyer said she has questions after he was found guilty of falsifying a report, but the jury was hung over its use-of-force decision.

"I'm some what confused on how they found him guilty on a false report and hung on the use of force, and listening to the floor person who was kind enough to speak to us, I just can't follow the reasoning of why they convicted on the false report, which that they found the reports were too similar," attorney Vicki Podberesky said.