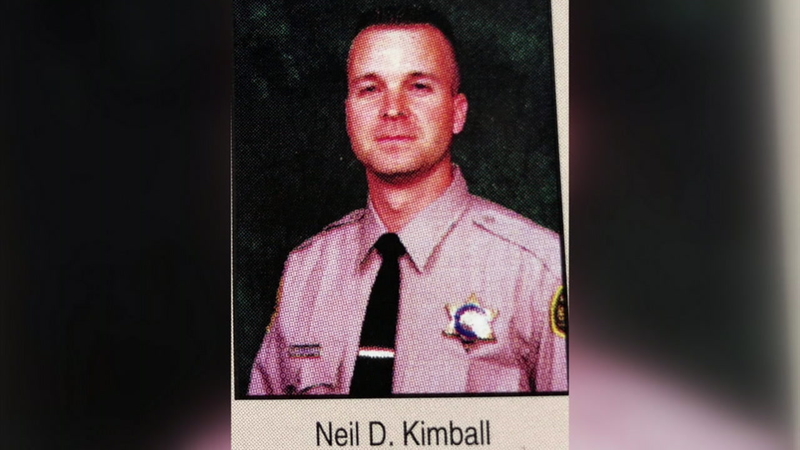 Detective Kimball, 45, was working the girl's case for the elite Special Victims Bureau when he allegedly attacked the young victim.

Kimball was arrested on Friday after a lengthy investigation by the LASD's Internal Criminal Investigations Bureau.

"The detective has been off duty since the end of August of this year, 2018," says McDonnell. "His status now is relieved from duty pending the evaluation of charges by the district attorney in Ventura County.

The alleged rape took place in November 2017 in Ventura County.

Prosecutors plan to arraign Kimball early next week. He's expected to be charged with felony rape by force and preventing or dissuading a victim or witness from testifying.

The victim is now 16 years old, according to the Ventura County District Attorney's Office.

The Special Victims Bureau investigates the most sensitive of crimes, against the most vulnerable of victims -- child abuse and sexual assault. His arrest follows a lengthy investigation by the the Sheriff Department's Internal Criminal Investigations Bureau, which primarily handles cases related to potential crimes by sheriff's personnel.

McDonnell says Kimball's arrest is a blow to the department -- the many hard-working men and women who faithfully uphold the law.

The department is now reviewing as many as 300 cases that Kimball handled for the Special Victims Bureau to determine whether anything else he did was improper or criminal.

Kimball is currently relieved of duty with pay, according to the LASD.

Kimball was previously accused of sexual battery in a case that the Los Angeles County District Attorney's Office declined to prosecute, citing "insufficient evidence to prove beyond a reasonable doubt that Deputy Neil Kimball committed the crime."

The LADA's declination memo details an incident at a "Travel Inn Hotel" in August 2008. Deputy Kimball and a partner were questioning a group of women. One of women filed a complaint with the LASD that at one point when Kimball was alone with her, "he forced her to touch his penis for three seconds" and grabbed her buttocks. Witnesses gave contradicting accounts and ultimately the alleged victim failed to cooperate with investigators.