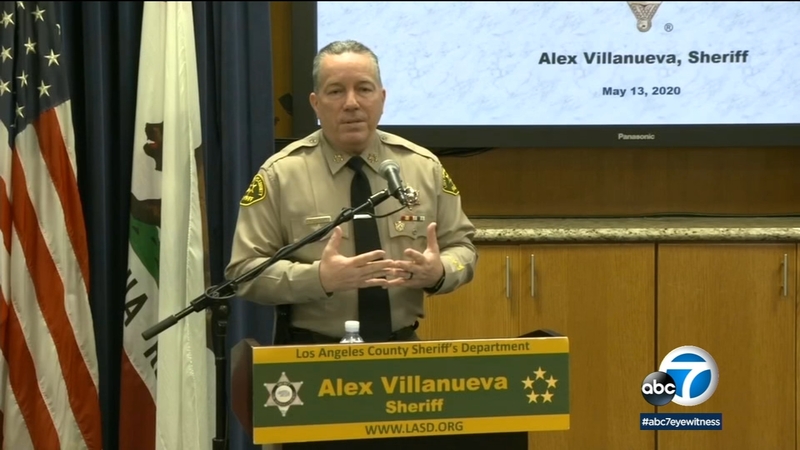 Sheriff Villanueva to testify about alleged 'deputy gangs' in LASD

LOS ANGELES (KABC) -- Los Angeles County Sheriff Alex Villanueva was expected to testify Friday about accusations that "deputy gangs," or groups participating in gang-like activity, are operating within his department.

Earlier this month, after a report identified more than three-dozen deputies who allegedly belonged to gangs in the LASD, a Superior Court judge ordered Villanueva to appear before the Office of Inspector General.

Villanueva described the allegations and investigation as "political theater" and claimed they were politically motivated.

The commission was created by the county Board of Supervisors to "improve public transparency and accountability" in the sheriff's department, according to its website.

"Numerous reports" show deputy gangs still exist, but "their scope and impact is unknown," the commission said in a March 24 statement.