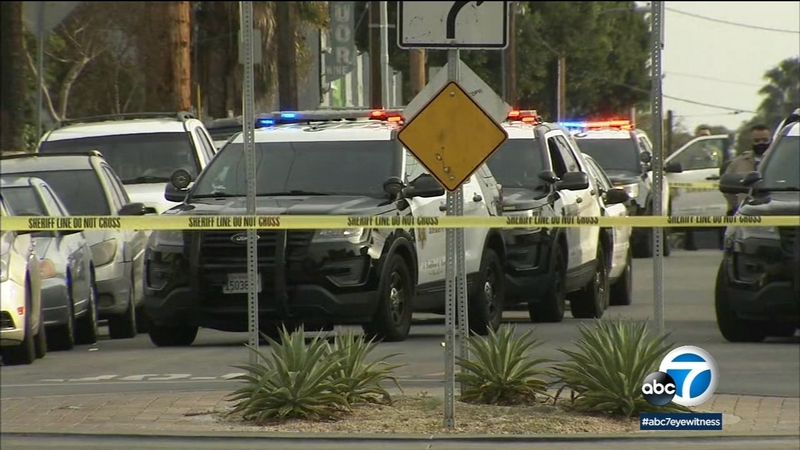 The incident happened in the 100 block of North Rowan Avenue around 2 p.m. Sunday.

Witnesses say a man was waving a knife at deputies and refused their commands to drop the weapon.

That's when a deputy opened fire, hitting the suspect.

He was pronounced dead at a local hospital.

A man who lives in the neighborhood told Eyewitness News he was walking down the street when he saw the deputies run by him and then saw the incident unfold.

He heard the deputies warn the man multiple times "put it down, put it down."

"He started wielding the knife back and forth like he wanted to stab somebody and the cops let him have it," the witness said. "He got shot."

He said he heard what sounded like 10 to 15 shots.

The man's name has not been released.