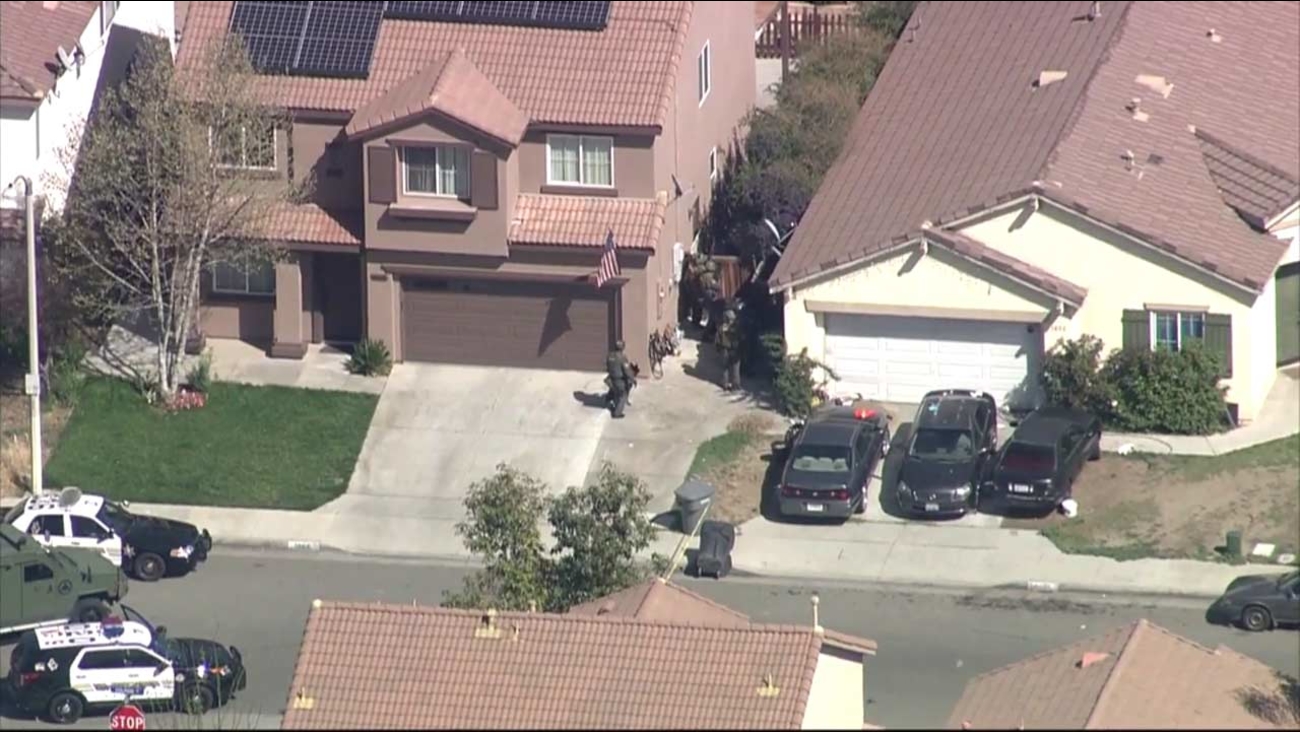 Riverside sheriff's deputies search a residential neighborhood near Dolphin Drive and Mildred Street in Perris for a robbery suspect. (KABC)

The Riverside County Sheriff's Department said the shooting occurred after a robbery was reported at a recycling business at the intersection of West Orange Avenue and North Perris Boulevard around 11 a.m.

No deputies were injured in the incident, officials said.