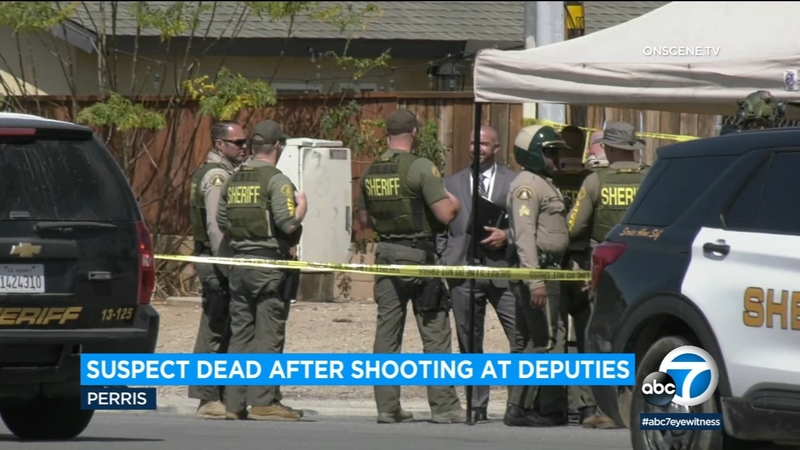 PERRIS, Calif. (KABC) -- A suspect was found dead in Perris on Sunday morning after a shooting that left a Riverside County sheriff's deputy injured, authorities said.

The incident happened just after 9 a.m. when deputies were at a property near Bond Road and San Jacinto Avenue for an investigation involving a wanted suspect.

Someone started firing at them while they were at the property, officials say. They were pinned down so they called for backup and armored vehicles were brought in to help several deputies get to safety.

One deputy, who was injured with an injury that was not believed to be life-threatening, was transported to a local hospital.

Deputies set up a perimeter around the home where the suspect was believed to be barricaded inside and they evacuated surrounding homes.

They made several efforts to convince the suspect to leave with no response. Eventually a robot was sent in the home and found the suspect inside dead from a gunshot wound by around 1 p.m. A handgun was found at the scene.

There were no other suspects at large, authorities said.