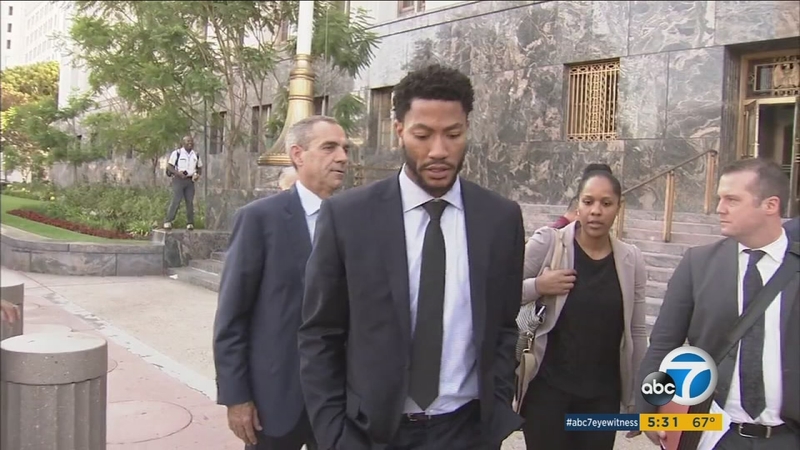 In the text messages, the plaintiff talks about payment for a sex toy and there was no mention of rape.

The woman's lawyer said the texts were previously disclosed and the argument was frivolous.

Fitzgerald said it was not a frivolous matter and told the woman's lawyers to prove the texts had been disclosed.

"You have been very careless with the exhibits," Fitzgerald said. "I was not happy about it."

The pivotal issue in the lawsuit was whether the plaintiff gave her consent to have sex with Rose and the two co-defendants, Randall Hampton and Ryan Allen, in 2013.

Rose said he became suspicious of the woman when she texted later the same day of the alleged early morning attack to say how inebriated she had been and to describe burns she claimed she got on her hands from a fire pit outside his Beverly Hills house. Rose said he believed she was sober and never witnessed any burns the night before.

Rose testified Tuesday morning that the plaintiff did not give verbal consent but she did through her actions. He stated she unlocked the door to her building in Los Angeles for him and the two co-defendants, lead them to her apartment and then allowed them in her bedroom saying, "one at a time."

Although they had split up a couple months before, he said he took her suggestive text as offering consent.

"No is no. I'm never going to force myself upon anyone," Rose said. "When she sent me texts like that 99 percent of the time it ended up in sex, so what do you expect?"

The string of text messages the day of Aug. 26 and into early the next morning have been a key feature of the trial, providing a timeline and also helping the woman recreate what she says she blacked out.

Fitzgerald was awaiting a response from the accuser's lawyers on the disputed text messages before deciding how he would respond.

A mistrial would push the trial into the NBA regular season, according to Fitzgerald.

Rose missed the Knicks' preseason game in New York against the Washington Wizards on Monday in order to be in court in downtown Los Angeles on Tuesday.

The woman is seeking $21.5 million in the civil lawsuit. 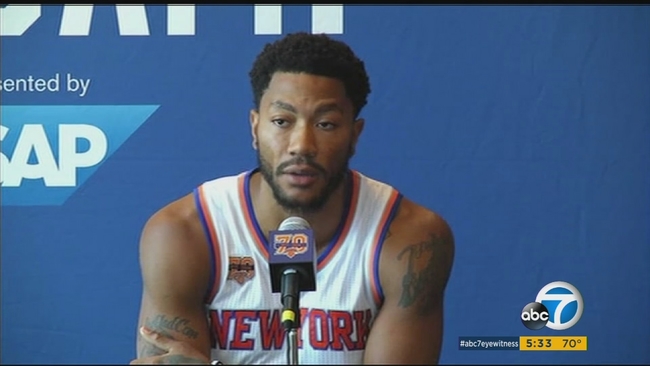 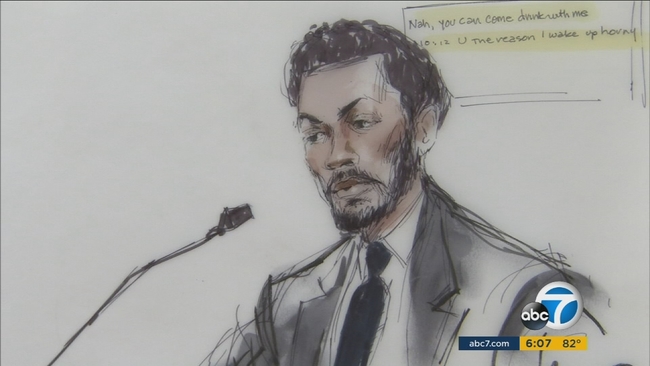