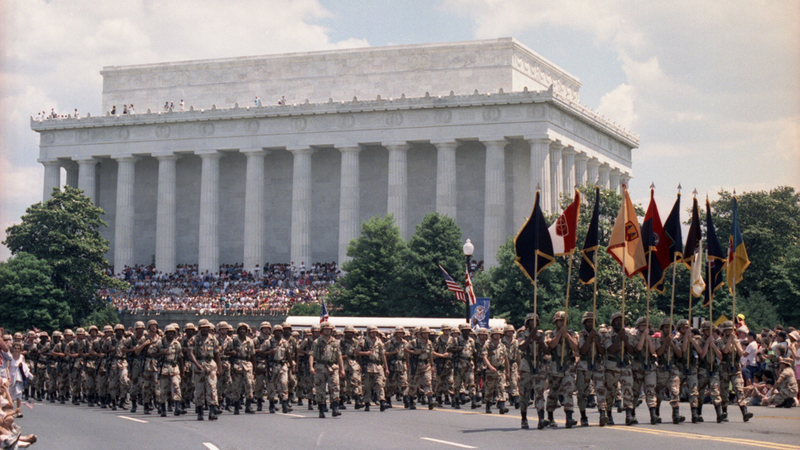 A look back at 1991's Desert Storm Victory Parade

WASHINGTON -- Weeks after President Donald Trump floated the idea of a national military parade to Pentagon officials, plans are in motion to make it happen.

According to a memo from Gen. Joseph Dunford, the Nov. 11 parade will stretch from the White House to the Capitol and will feature "a heavy air component at the end of the parade." It's estimated to cost between $10 and $30 million and will be planned in conjunction with the city's annual Veterans Day parade.

It will be the first national military parade of its kind in more than 25 years. The Desert Storm Victory Parade in 1991 marked the last time the military took to the streets in such a fashion.

Approximately 800,000 people turned out on June 8 for the 2.5-mile parade, the Washington Post reported the next day.

In addition to the parade itself, a large display of military hardware on the National Mall, a USO concert, a memorial service for fallen troops and a fireworks display drew large crowds to the nation's capital. That event, which featured 8,800 war veterans, cost approximately $12 million before inflation.