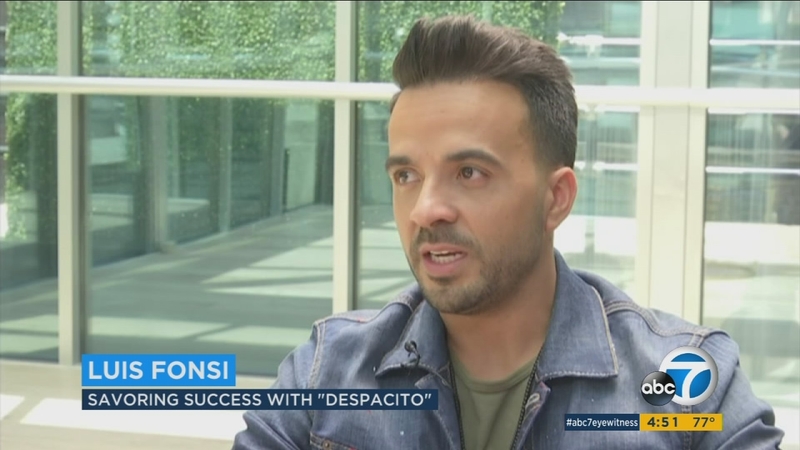 LOS ANGELES (KABC) -- Luis Fonsi has been working for the kind of chart-topping success he's enjoying with "Despacito" for two decades.

"I'm not new to this. I know how to really enjoy it. It's not overwhelming," he said.

The Puerto Rican singer released his first album in 1998 and went on to release seven studio records.

But "Despacito" is by far his most commercially successful recording, becoming the most streamed song on Spotify and the most viewed music video on YouTube.

"Those kind of things, I think, are great because it's bringing us together as musicians. It's giving me opportunities to learn from other musicians and just grow in general."