Video shows a police cruiser in Detroit, Michigan driving through a group of protesters.
KABC 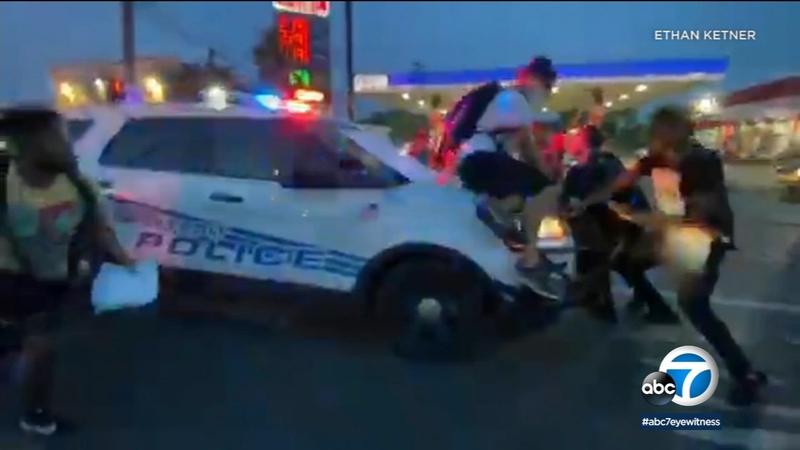 DETROIT (KABC) -- Video shows a police cruiser in Detroit, Michigan driving through a group of protesters.

The video was taken when the group took over part of a highway Sunday night, chanting and surrounding police vehicles.

The police chief is defending the officers, saying they were trying to reroute the protesters when the group began attacking the car.

The officers thought they were being shot at when the back window was smashed.

It was not known whether any of the protesters were seriously injured.

Unsettling video from West Hollywood on Sunday shows a woman driving through a crowd of protesters.